Our exciting Nordic trip ends off in Iceland, and after arriving in Reyjavik (promise I will touch on this city in a later post), we started our ‘mystical’ journey through Iceland starting with a full day visit to Northern Iceland in Akureyri. It sounds almost silly to say this, but I am not shy to admit that we are probably one of the many few that come to do this day tour in Akureyri, visit the Game of Thrones filming locations, but haven’t watched this TV show at all.

Still dark, a glimpse of Akureyri lights as we arrive in the early morning.

Our guide Gisli, picked us up from the airport in Akureyri where our day trip started, how exciting! With his moustache, facial features and large, chubby body, he looked like he could have been someone from a show on the Middle Ages like Viking and could have looked the part in Game of Thrones too. No surprise, he told us his name is a traditional Viking name, and his family has stayed here for 1300 years! Wow, I think he is the first real Viking I have met in my life! He explained to us his fathers’ family all come from a little island, a fjord near Akureyri, and it’s the only part in Iceland that hits the arctic circle.

As our car whisked by from the airport and we saw the small twinkling lights of the city as the sun had barely risen yet, Akureyri seemed small, and yet to my surprise, we were told it’s the 2nd largest city of Iceland after Reyjavik, and is also the capital city of North Iceland. Gisli told us that Icelandic (language of Iceland) is one of the oldest languages in the world, and I did sense the language sounded like it belonged to a long forgotten time, especially trying to figure out the spelling of places he brought us to. I gotta thank Gisli for his patience at spelling out letter by letter to us every time I asked him where we were, LOL!

First stop for the day – Godafoss!

Our first stop today in Akureyri was Godafoss, also known as the Waterfall of the Gods, no wonder the Game of Thrones production crew were also drawn to this area. Referencing to my little Exsus handbook, it said that according to the Icelandic Sagas, the waterfall draws its name from Þorgeir of Ljósavatn throwing his statues of the heathen gods into the falls when Iceland converted to Christianity in the year 1000. Gisli explained to us that now, Icelandic people’s religion is a bit mixed, many like him may be born into Catholic and Christian faith but still has the Viking God’s beliefs as well due to their heritage and bloodline. The pictures below on Godafoss and the surroundings can only speak so much, all I can say was I was blown away by the magnitude of it – the water falls 12 meters in height and 30 meters in width, so you can just imagine how spectacular it is. I feared going too close to it, as the wind created from the waterfall almost felt like it was going to just suck me in!

First glimpses of Godafoss, its so overpowering!

Lava covering most of the river valley nearby is more than 8000 years old!

Surrounded by lava and stones.

Too bad the sun was behind the waterfall, but my best shot I think just before leaving.

All that walking in the cold weather and witnessing the ever gushing Godafoss, probably made us all needing a well deserved toilet break after this, and it was the most beautiful toilet break, being able to witness views from afar of the Skútustaðir pseudo craters with vibrant fire-y hues of oranges, pinks in the sky. In case you are wondering where these photos were taken, you can stop by at Sel-Hotel Myvatn (660, Iceland, Tel: +354 464 4164) for both a toilet break, get a drink and capture some amazing photos.

First glimpses of the pink skies above us just outside our restroom.

On the road again to Lake Myvatn.

Next, we visited Hofdi (Höfði), a peninsula in Lake Myvatn, known for its strange lava formations and lots of trees in the lake. We didn’t really have much time to go up close to see the lava pillars unfortunately but it was still breathtaking just to soak in views of the lake from the side. Gisli told me the exact location of me with the backdrop will be totally in sync with the scene from Game of Thrones drama if it was snowing now.

Next on the list, we witnessed from afar one of the most beautiful sights of the day – Dimmuborgir, a series of volcanic rocks and cliffs formed by lava as old as 2700 years old, and the nearby Hverfjall volcanic crater. Apparently, this formed the exterior of Mance Rayder’s camp in Game of Thrones. We alighted at the parking lot, and walked around taking tons of pictures and just really enjoying the majestic surroundings.

After soaking in such extraordinary views of the Hverjfall crater, we proceeded nearby for lunch at a cafe called Vodafoss, with an attached cowshed and working farm. Our guide Gisli assured us this is the best place around here for lunch, and apparently even the Game of Thrones crew liked it. It was a pretty quiet day at the cafe, with only us dining there as guests, but it was a nice chill cosy atmosphere, with fantastic views of the crater in the distance. The house specialty here is their homemade Icelandic schnapps, which is a must if you are in Iceland to try it, so we decided to get a shot of the Angelica Schnapps (made in-house) to start us rolling. Gisli told us Angelica is a natural herb found in Iceland which is good for prostrate apparently (not that I need it), so no surprise there’s many local vitamin brands that use Angelica.We also tried some of the delicious Geysir bread, Iceland’s specialty – a type of rye bread, cooked exactly like what it says in geysers – using the geothermal heat. It was pretty moist and yummy!

Visiting the cowshed at Vodafoss.

Gisli, going through the menu with us.

So many options of Schnapps!

My main course was the arctic char, done superbly well, and I had to end off with their old-fashioned blue berry cake and yummy Icelandic coffee with cream and alcohol, which you gotta order when you come here! It was a pretty satisfying meal here, although not cheap for sure, this meal costed me close to S$80 for my portion. It was apparent to me that everything in Iceland seemed on the expensive side. Still, worth a visit if you are just here for a day, it’s a great place for lunch, and they have a cute little shop which sells some of their local products.

Greedy me, ready to dig in!

After a super satisfying local lunch, we proceeded to the famous ‘love scene’ near Lake Myvatn – Grjótagjá. This is a small lava cave near lake Mývatn with a thermal spring inside, and in more recent year is known as the famous location where Jon Snow lost his virginity to Ygritte in Game of Thrones. Clearly, what was in the drama and what we saw, yes was vastly different thanks to all the special CGI effects, the actual scene in drama even ‘drew in’ a waterfall for dramatic effect. I am just shocked crawling in here, how did all the film crew, actors get in here because it was pretty challenging and extremely dark as well. Apparently, people used to bathe here up till the 1970s, not sure how was it even that comfortable, I got myself rather dirty just trying to climb into the cave. Hmmph!

The entrance to the cave.

Inside the cave from my camera.

From Game of Thrones – scene after CGI (I found online).

Just outside Grjótagjá cave is the tectonic plate boundary which separates Iceland from North America. Y was quite stoked to see this, given she has told me all these things she learnt in Geography from secondary school days but to witness an actual one is a whole different feeling.

Up close – careful of the gap, not to fall in!

Due to the geological location of Iceland and the high concentration of volcanoes, it’s no wonder that they are one country which generates tons of geothermal energy. It’s impressive that the whole town of Akureyri and even in the city of Reyjavik is almost powered by their natural geothermal energy. Gisli drove us towards Hverir geothermal area located at the foothills of Namafjall, known for their burning mud pools, steam mud springs which smells super pungent thanks to the strong sulphur in them. And as the steams can be strong, and the ground is very hot, we were warned to be careful when we walk around to observe the mud pools, as it’s easy to get our shoes damaged. I didn’t enjoy the smell for sure, but there was definitely beauty in seeing the “FIRE-Y” side of Iceland here, with the sun blazing through the steaming springs, it made for quite an amazing picture and video.

First glimpse of Hverir before we walk around.

After an exhilarating day visiting amazing sights at Akureyri, Gisli dropped us off at Myvatn Naturebath for some nice R&R. A local bathhouse, they have a couple of pools inside which are heated naturally from the geothermal energy. Well, I didn’t take much pictures once inside, as we were way too excited to soak in some nice warm pool. I gotta admit the Japan onsens are still way hotter than the ones here, and as compared to the Blue Lagoon which I will share in a later post, Myvatn Naturebath is a lot smaller, but the good thing is it’s a lot less touristy too, so pros and cons to it.

Cant’ wait to soak my furry body in some hot geothermal springs.

Our tour ended with Gisli dropping us in the main town area to walk around and have dinner before we made our own way to the airport. Am not sure what is considered the best food here, but the experience at Rub 23 was rather interesting. To be fair, although we did miss our Asian fix by now, I gotta say their sushi pizza (well it’s not literally pizza dough at the base) was pretty novel and yummy, so remember to order that! They have a interesting mix of Japanese inspired sushi and local style prepared meats and fish.

And the town area is not really that big, so you could walk up and done in an hour or less.

Tips on a day visit to Akureyri:

To make the most of the day, if you don’t have time to do a thorough driving trip through Iceland, you can fly via Iceland Air from Reyjavik to Akureyri in 45 mins! We took the morning flight at 7.10 am. You only need to check in 30 mins before the departure since it’s a really tiny airport. And we left Akureyri at 8.45 pm, giving us enough time to have dinner.

Given it’s a pretty small town here, don’t expect any spanking luxury hotels, but if you wish to stay a night here, you could stay at Hotel Kea which I heard is one of the better 4-star hotels here.

You can book locally through Eskimos Iceland who was the local tour operator for us in Akureyri, and Exsus Travel Agency’s (my trusted agency from London) appointed operator in Akureyri for my Iceland Escapade. 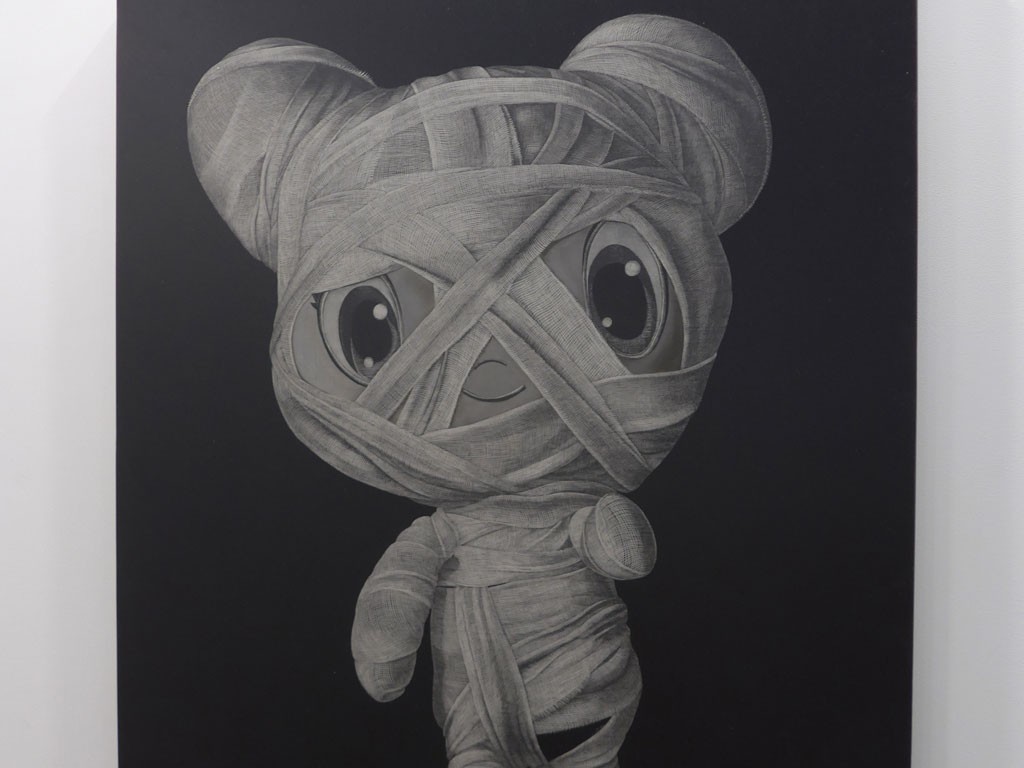 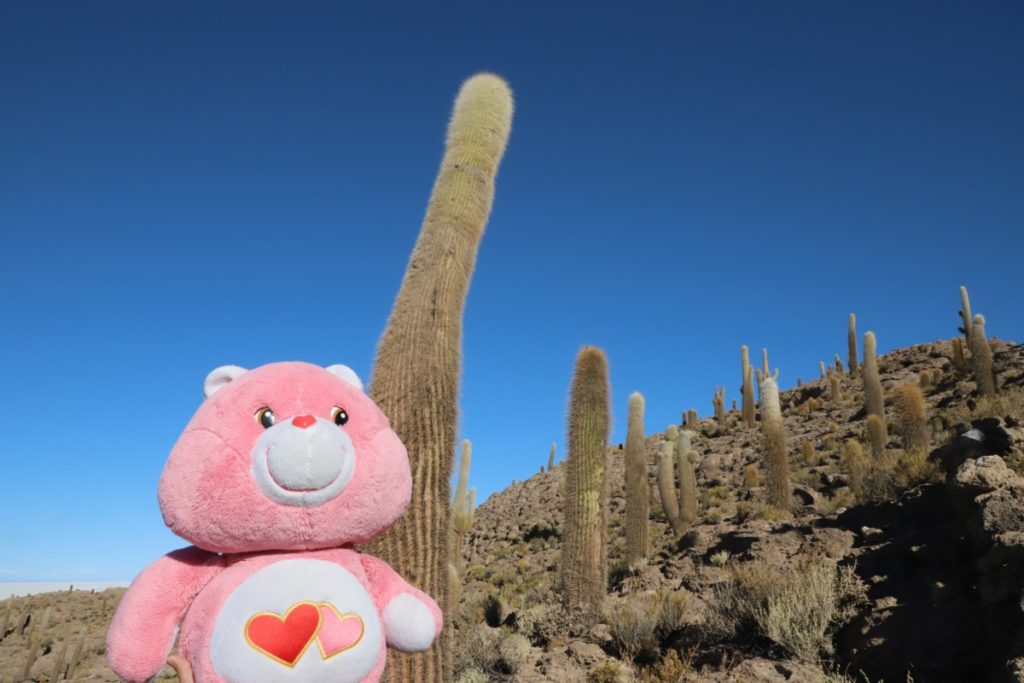 Best of Bolivia – the must sees in Bolivia for first timers 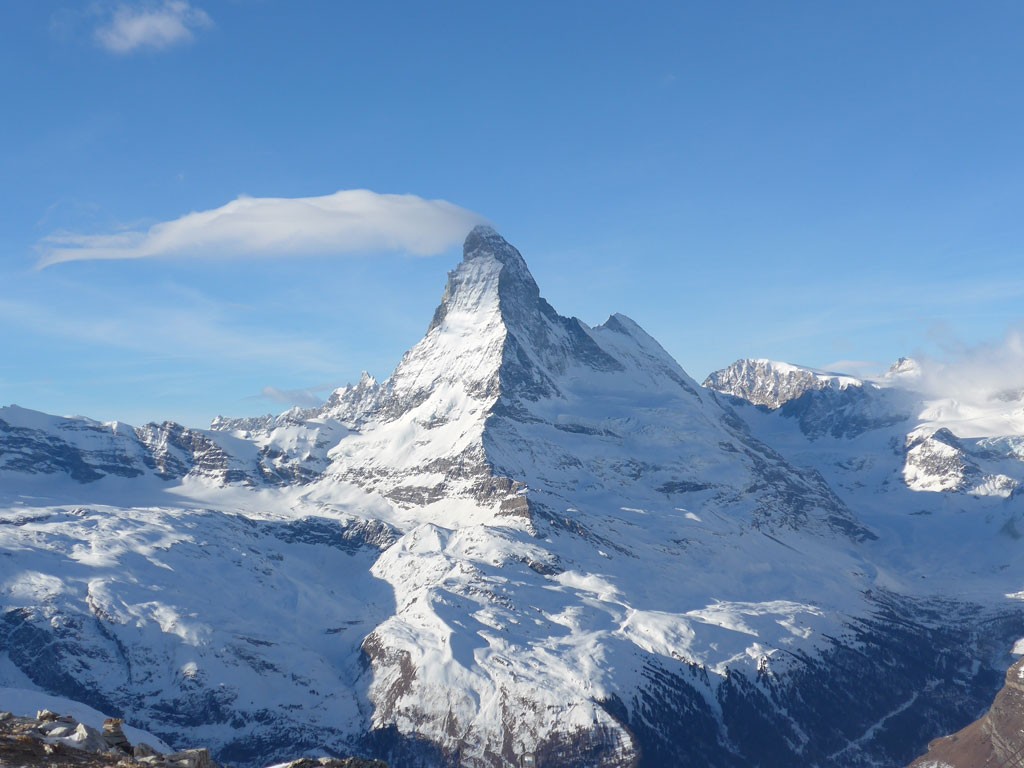