It’s hard keeping in shape in London, with all the breakfasts, lunches, teas, dinners I was stuffing in, which explains why a bit of walk around Hyde Park in beautiful spring weather was needed. Thank god the rain cleared a bit by the third day that Y and I were in London, and we were able to take a nice walk in the morning at nice lovely 13 degrees weather. Better that our hotel Intercontinental Parklane was conveniently located in front of it, made these morning walks hard to say no to. 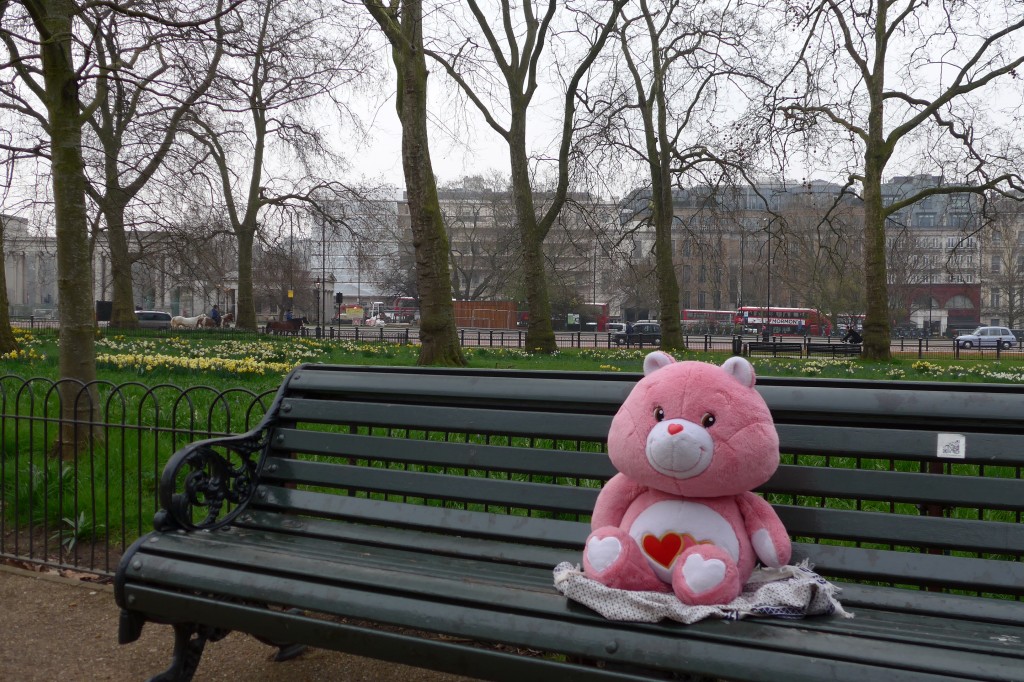 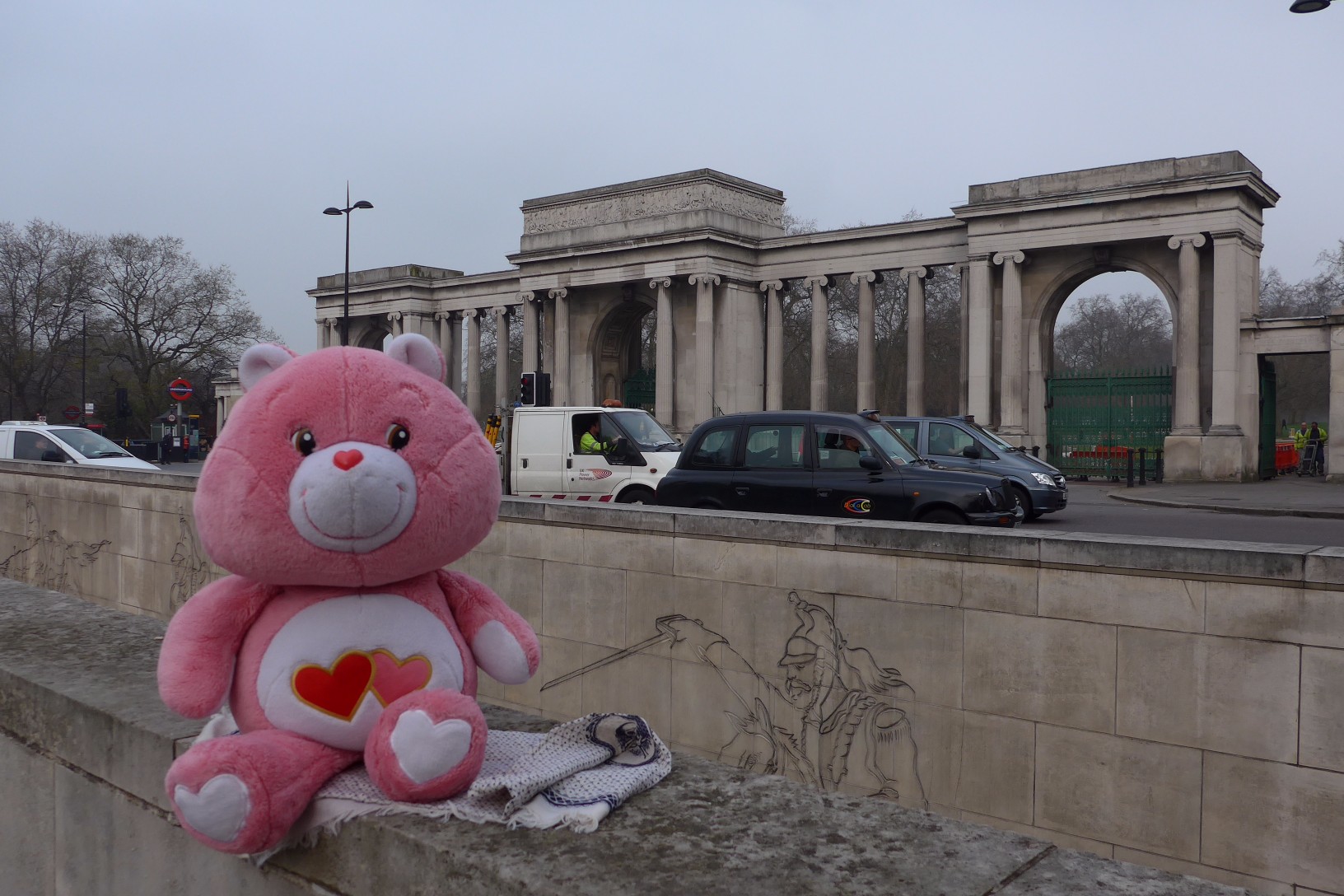 Having just done a post on my favorite breakfasts to teas in London, when it came to the lunches and dinners, my most memorable meals in London was Kitchen Table and The Clove Club both highly rated on many various online reviews and Timeout London, both were beautifully executed tasting meals in a rather casual setting.

This tasting menu only restaurant is a hidden gem behind the popular Bubbledogs by the same owners – yes it’s Champagne and Hot Dogs, somehow haven’t quite gotten round to trying this, maybe because am not a huge fan of champagne. Kitchen Table has been one of the tables rather hard to book, and we were lucky Intercontinental Parklane’s concierge managed to get us a table to celebrate MC’s belated birthday dinner. Sitting only 19 people, the diners are seated around a bar counter designed in a U-shape around the central kitchen where Chef James Knappet and his team works their magic serving the entire restaurant the set menu of 11 courses. All I could make out of a menu was on the board on one of the walls, with 11 lines of singular words – pork, cod, chicken, mango, milk – yes you get the idea. Then it felt slightly theatrical as when each course is served, Chef Knappet announces what the dish and ingredients are which is so elaborate compared to the singular words on the board. 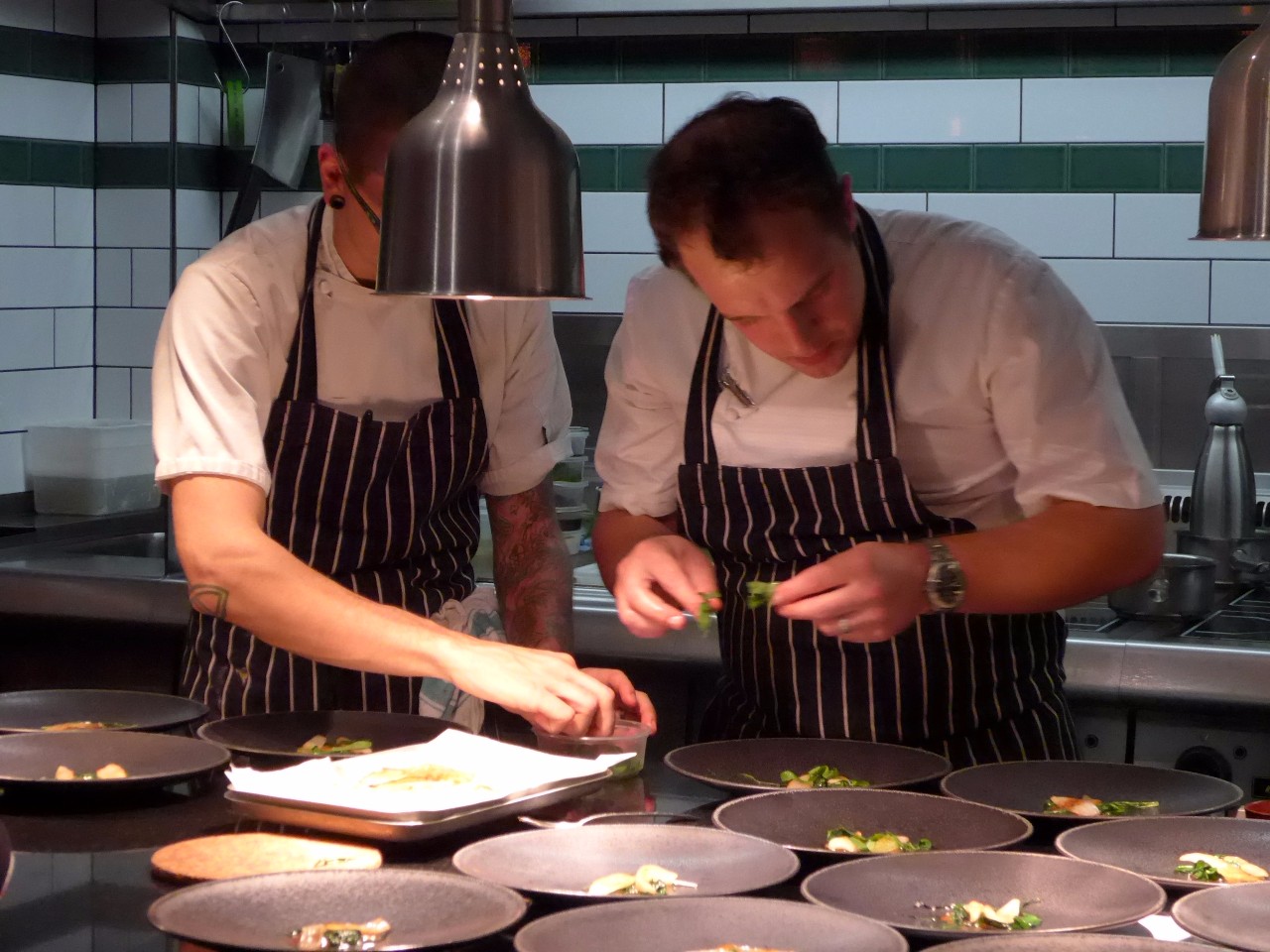 There’s a lot of thought put into all the ingredients composed in each dish. Some memorable dishes included the pork crackling at the start with a dip, the chicken with bacon jam and mascarpone was very interesting, the mussels with burnt cream and roasted onion petals, artichoke with black truffle – ooh my favourite and the duck with chocolate. Even the desserts were pretty happening, I like how there’s layer and textures to each dessert and they all go so well together. Our favourite being the mango with lime zest which strangely just reminded me of my favourite mango dessert with shaved ice from Hong Kong. The next two desserts was just as amazing, with what looked like a macaron totally made from milk, and the last was like a Tunnock’s teacake, chocolate coated. 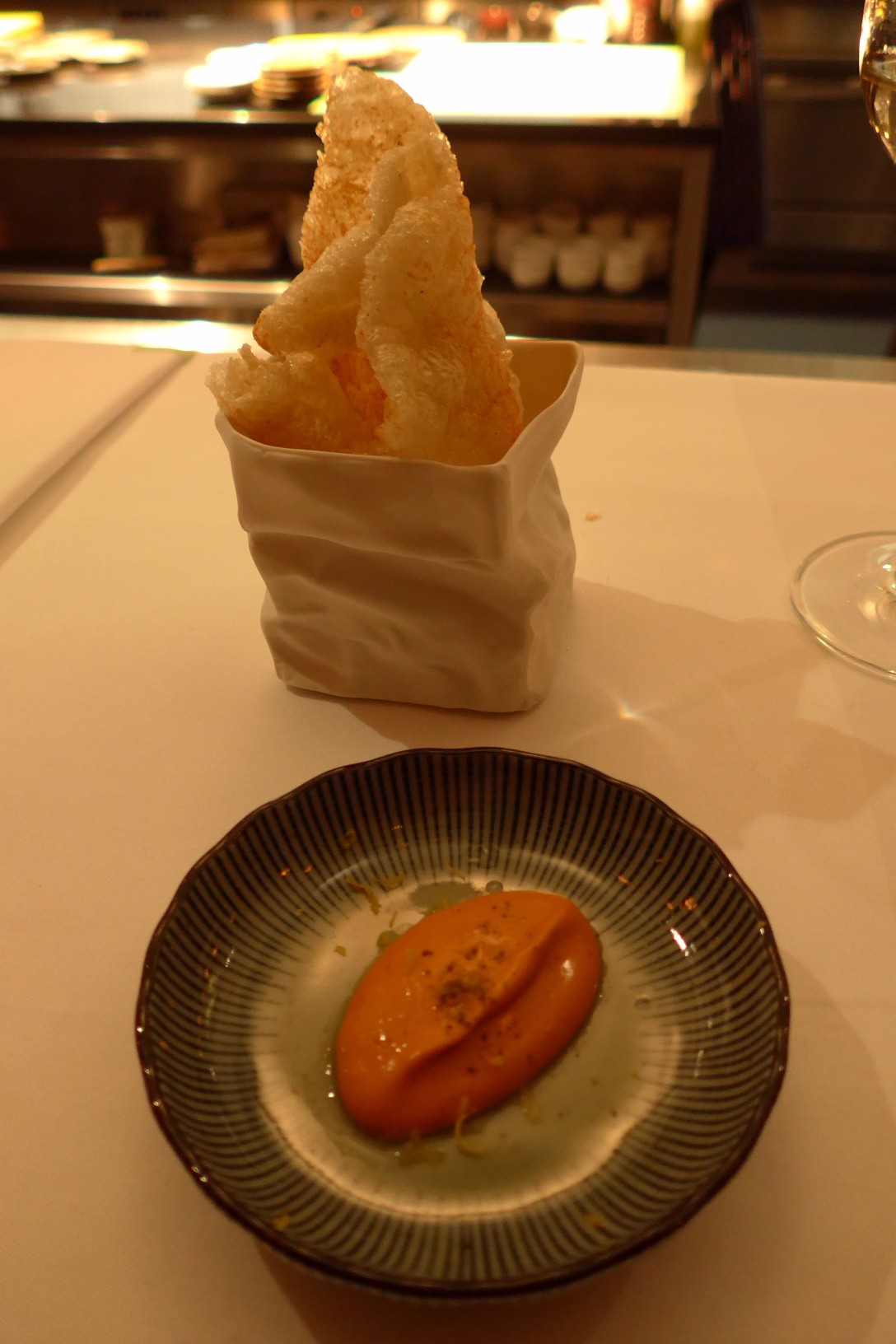 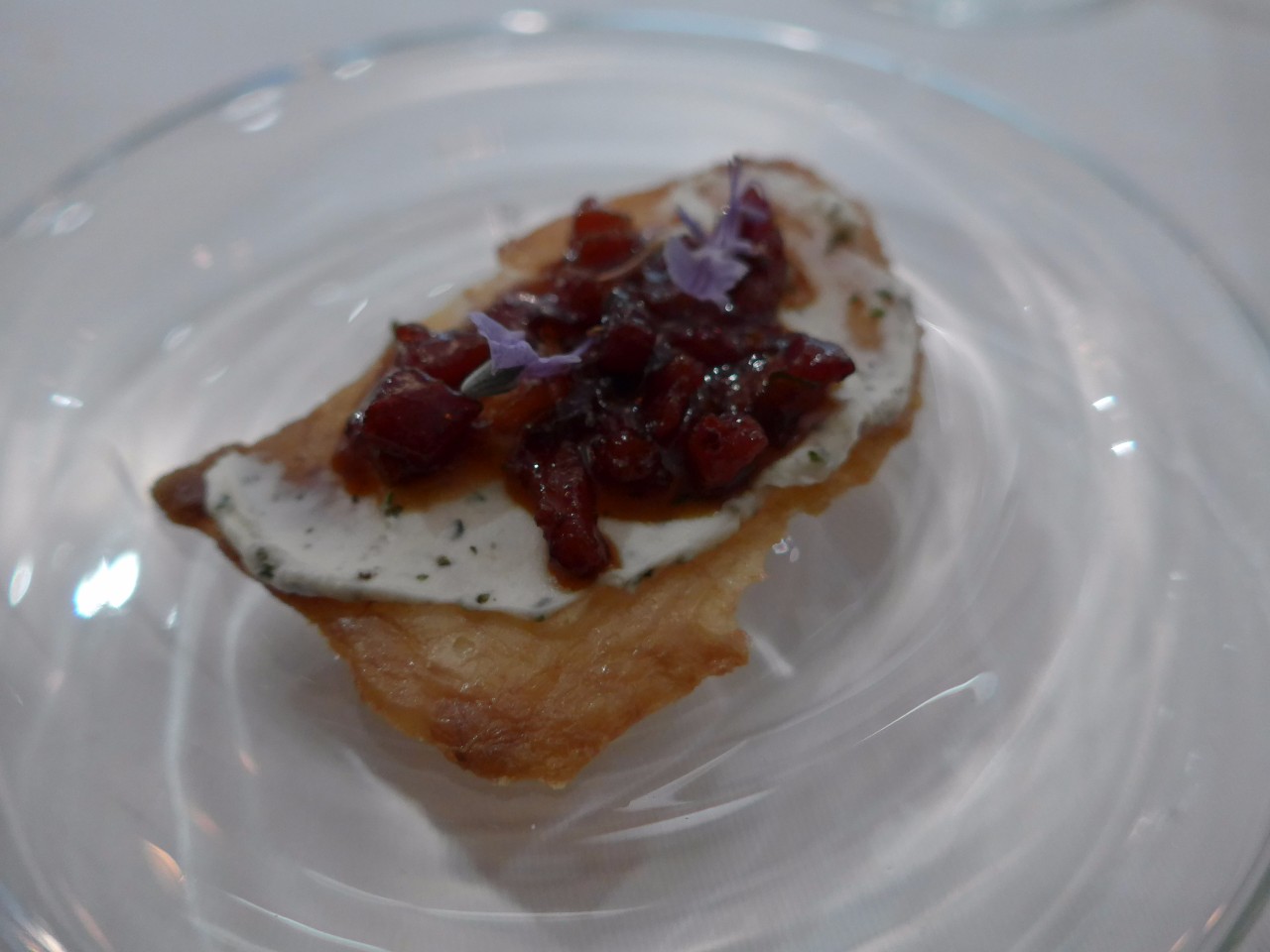 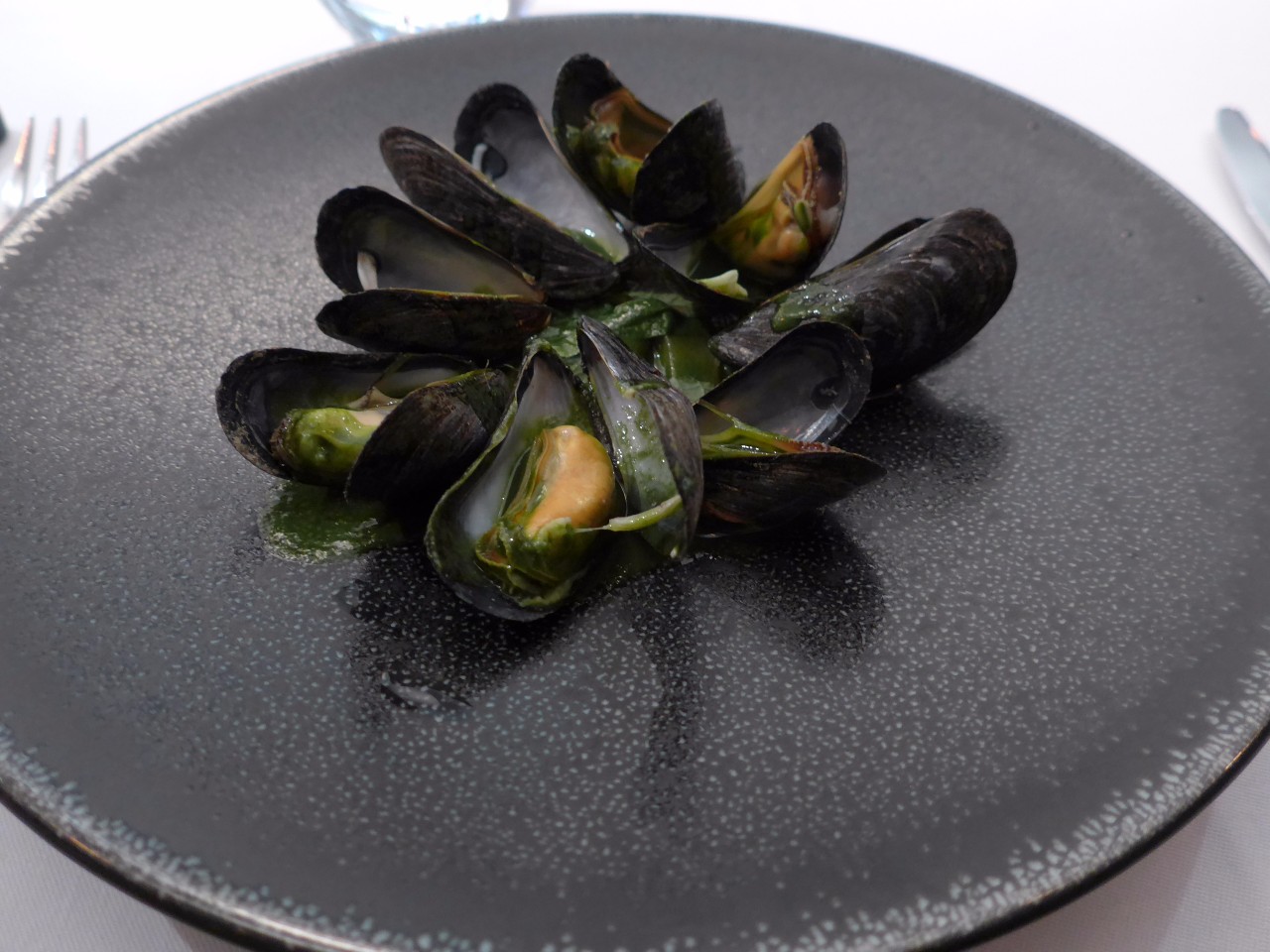 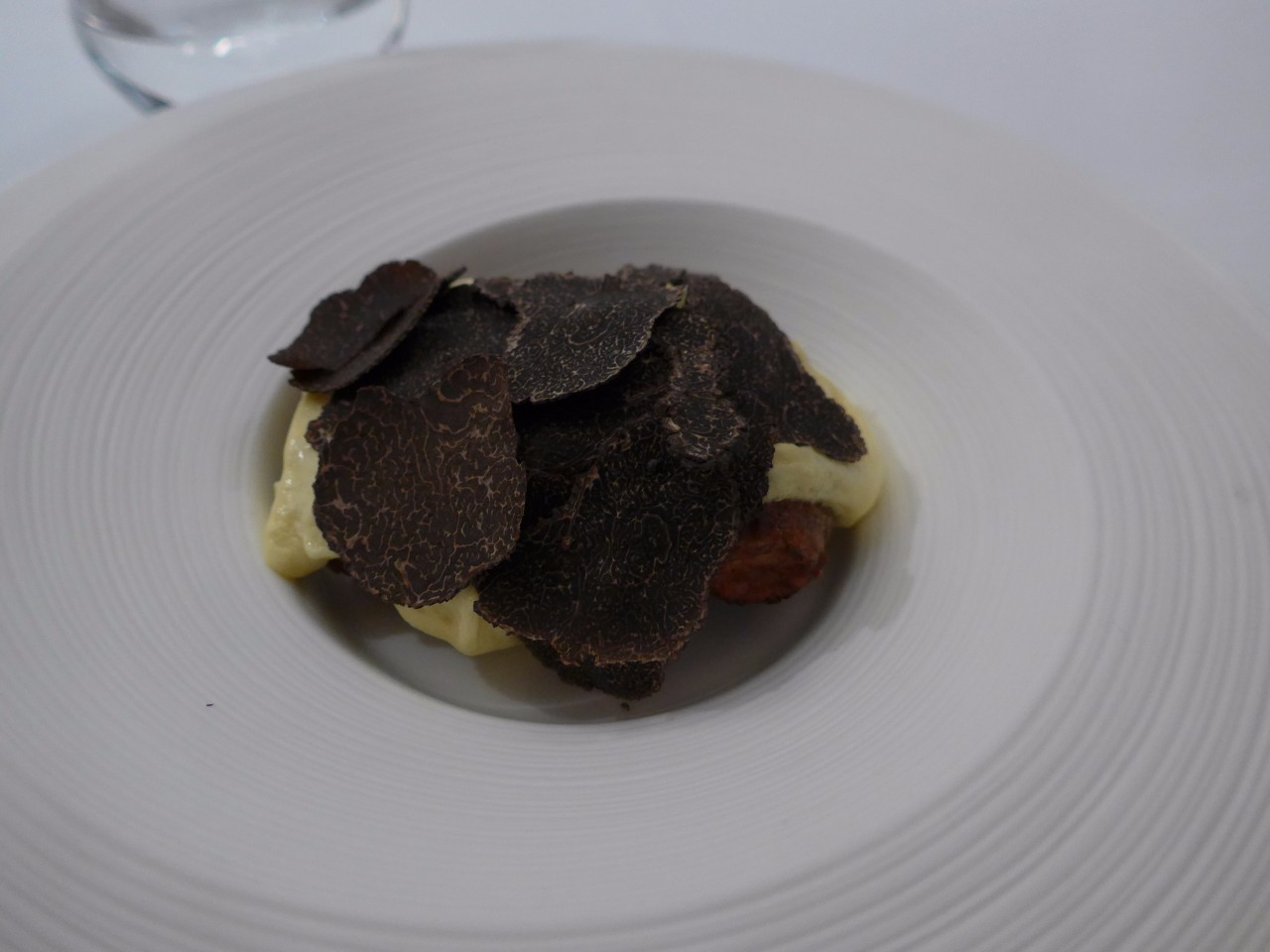 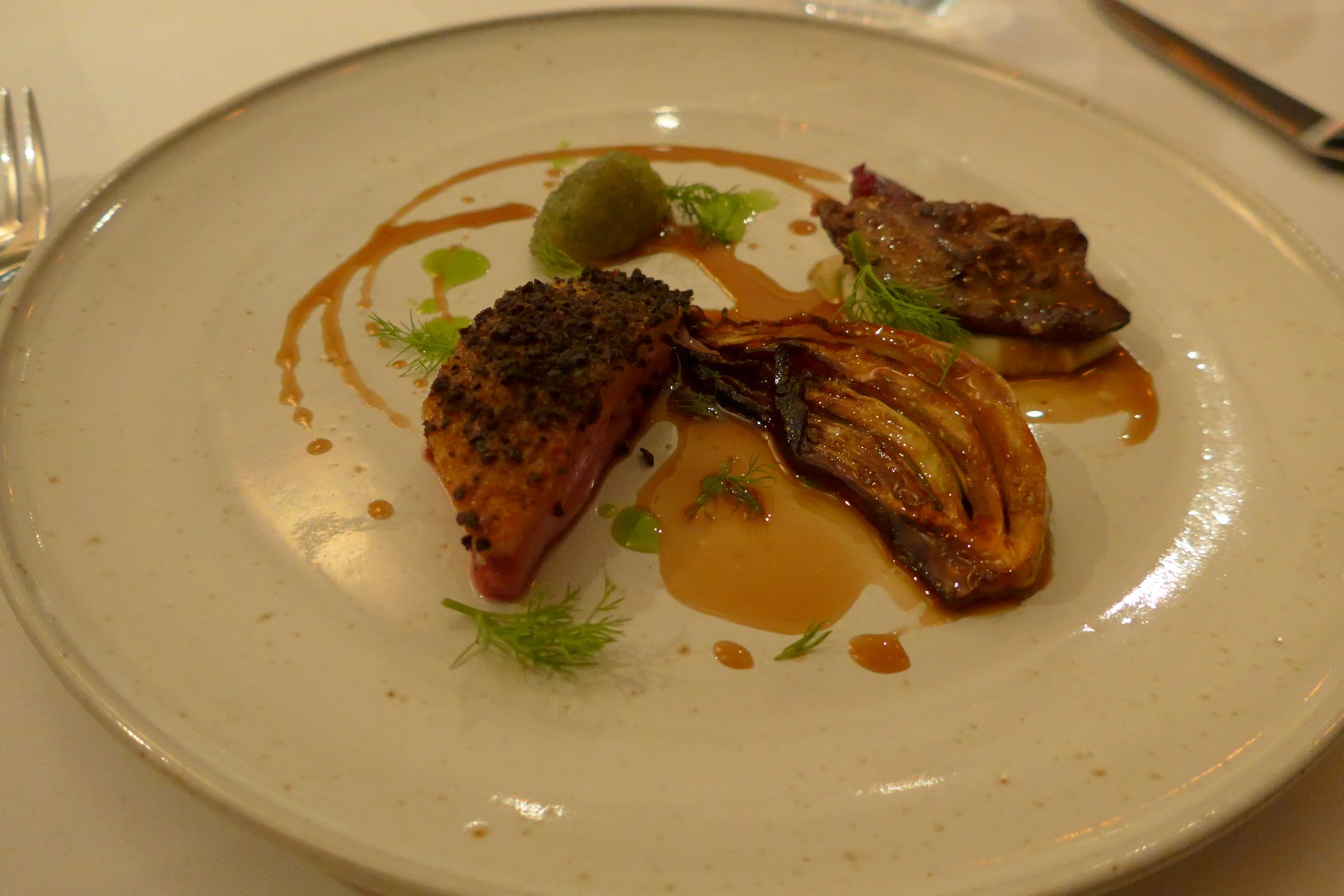 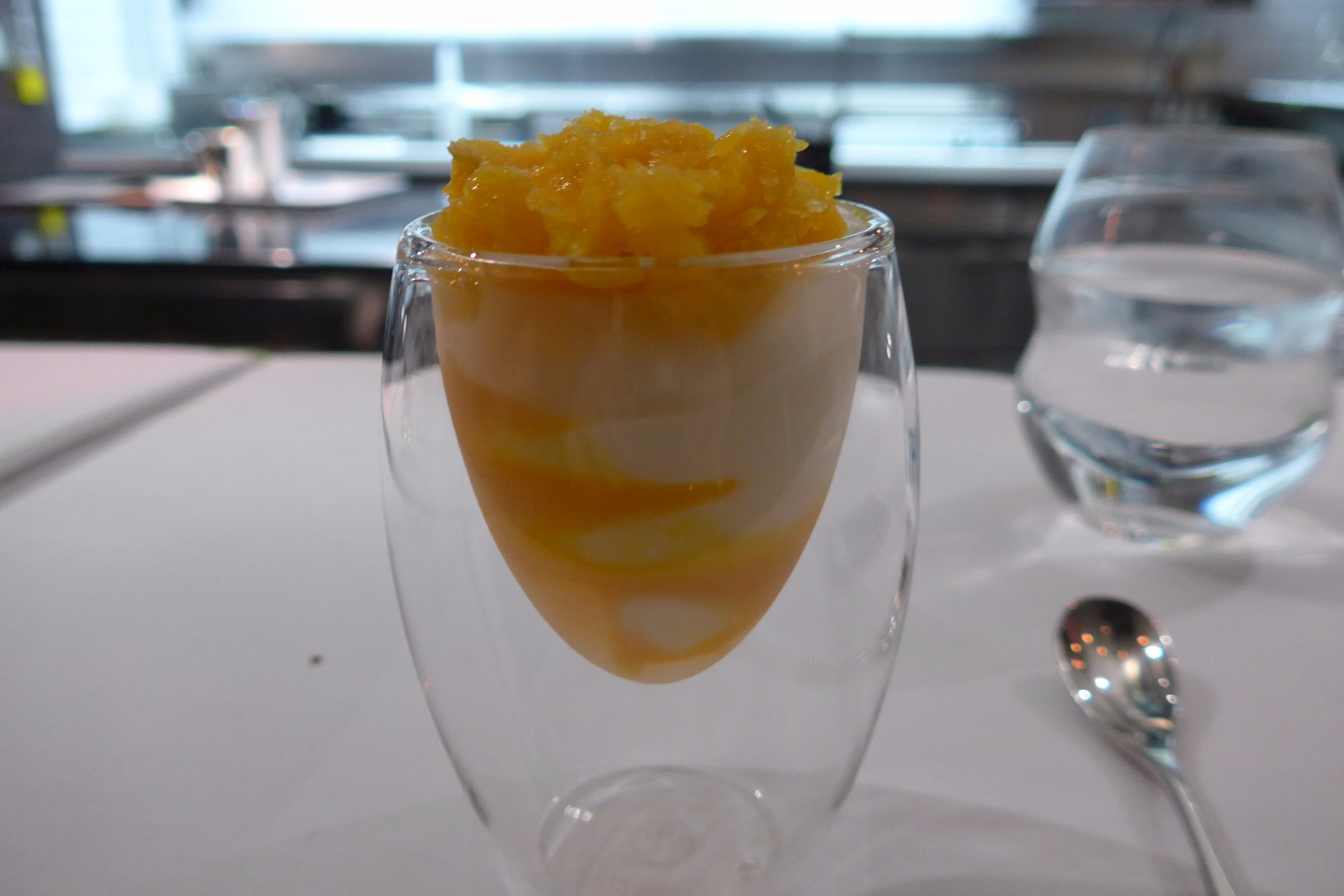 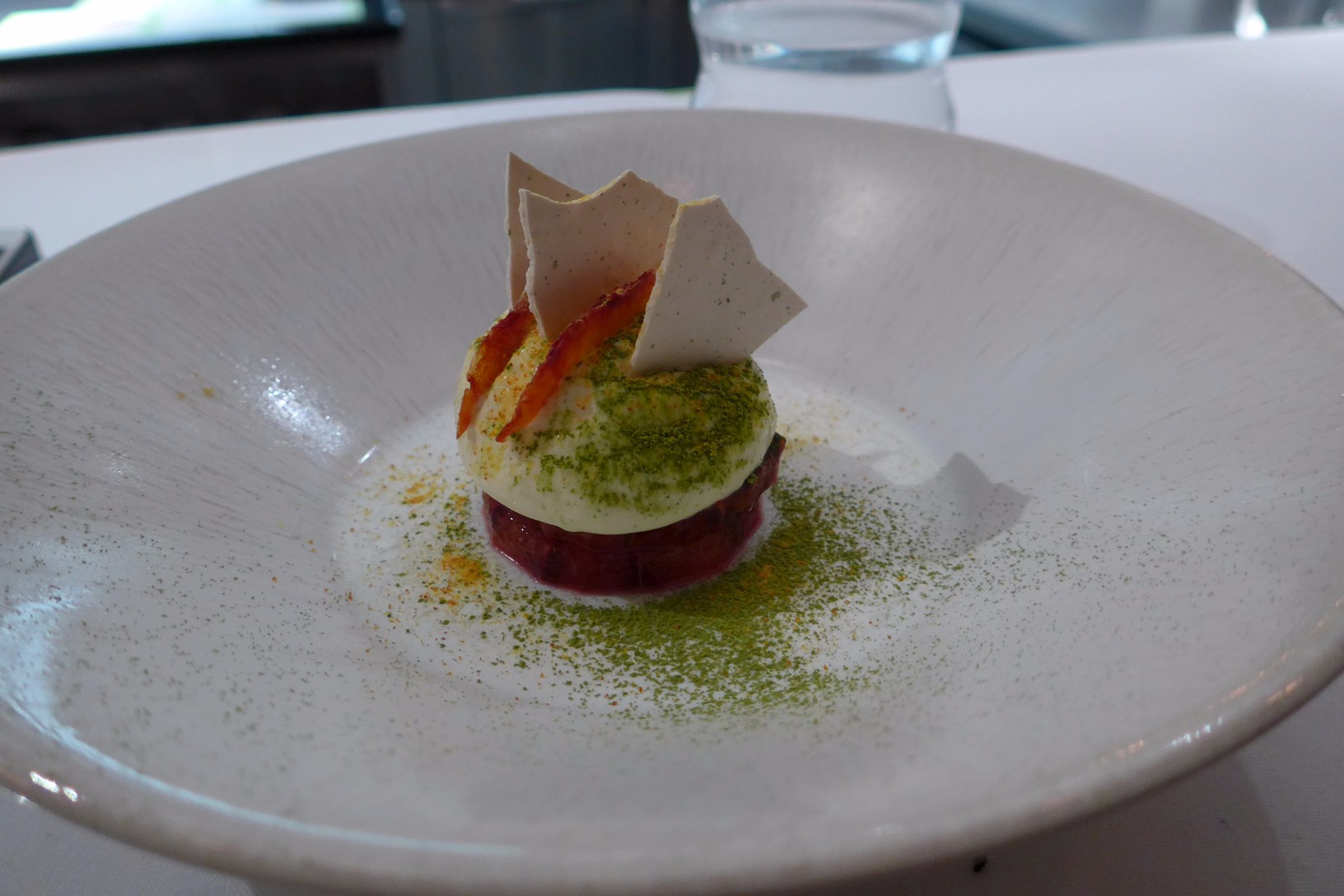 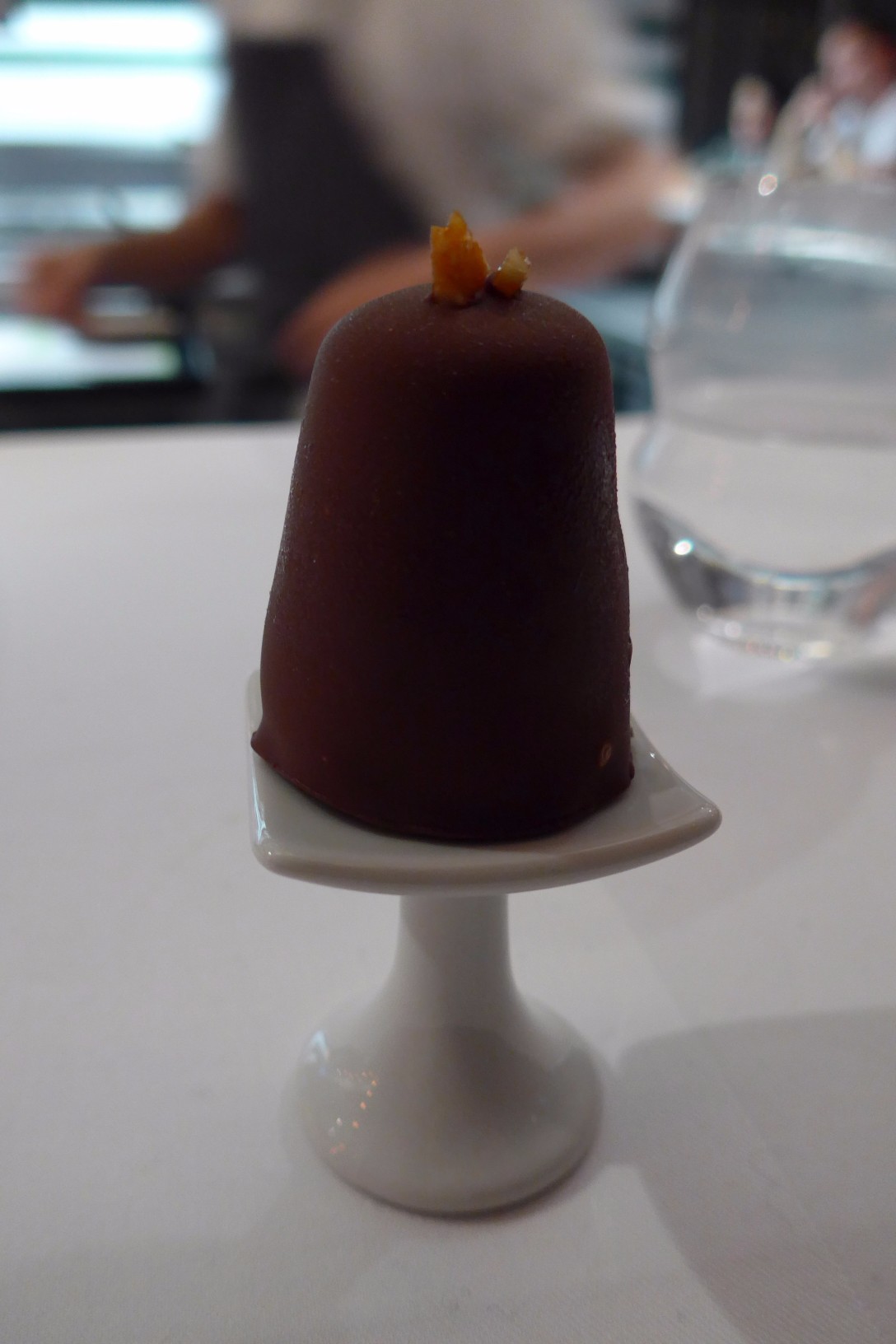 On a separate day, Y and I took the afternoon to explore Shoreditch and we made it a point to try The Clove Club for lunch which I had read and heard a lot about. We had the 5-course tasting menu which was 50 plus pounds, which was so worth it, with of course cocktails on the side – why not? It was also recently awarded 87th position in the San Pellegrino World’s 50 Best Restaurants 2014. 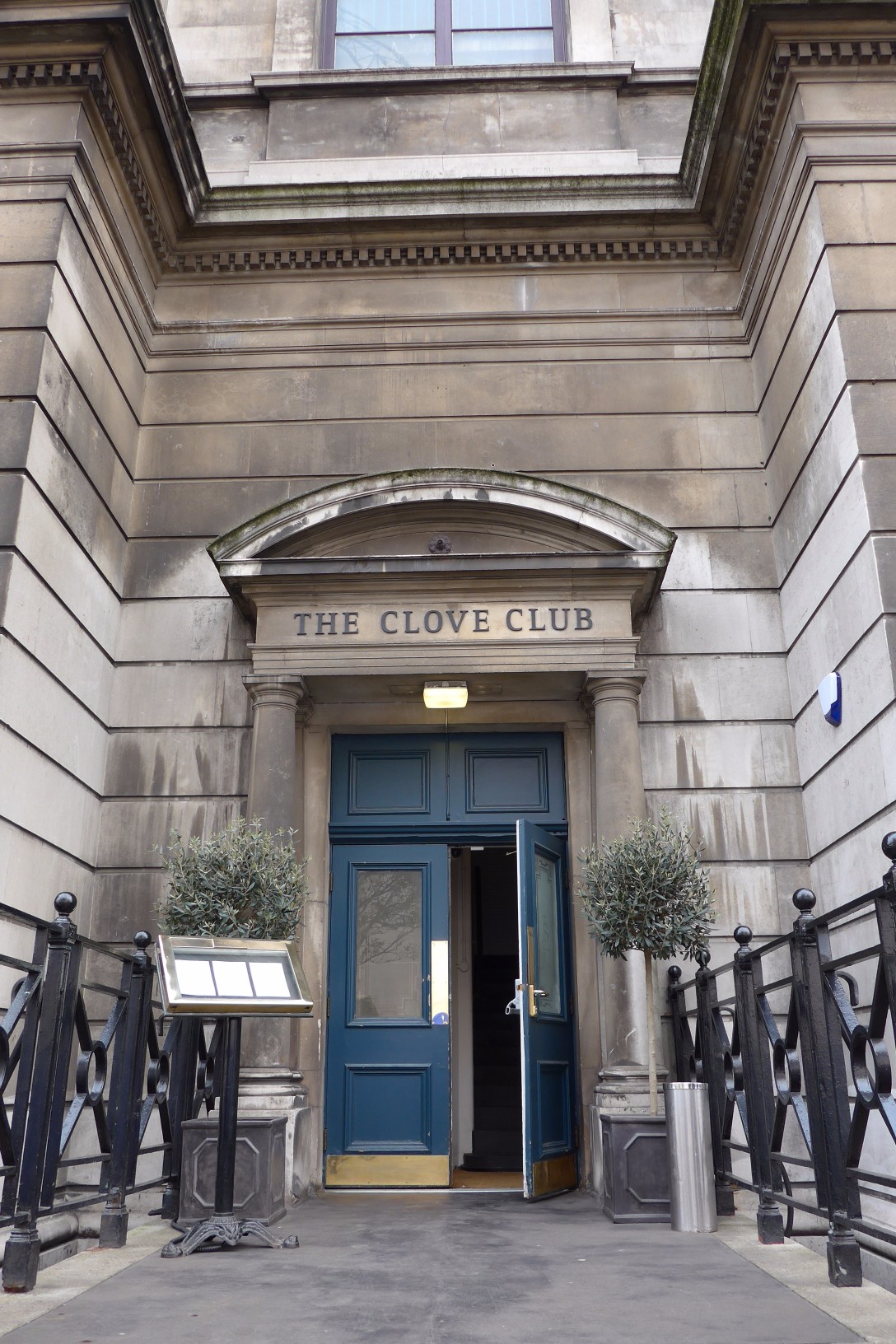 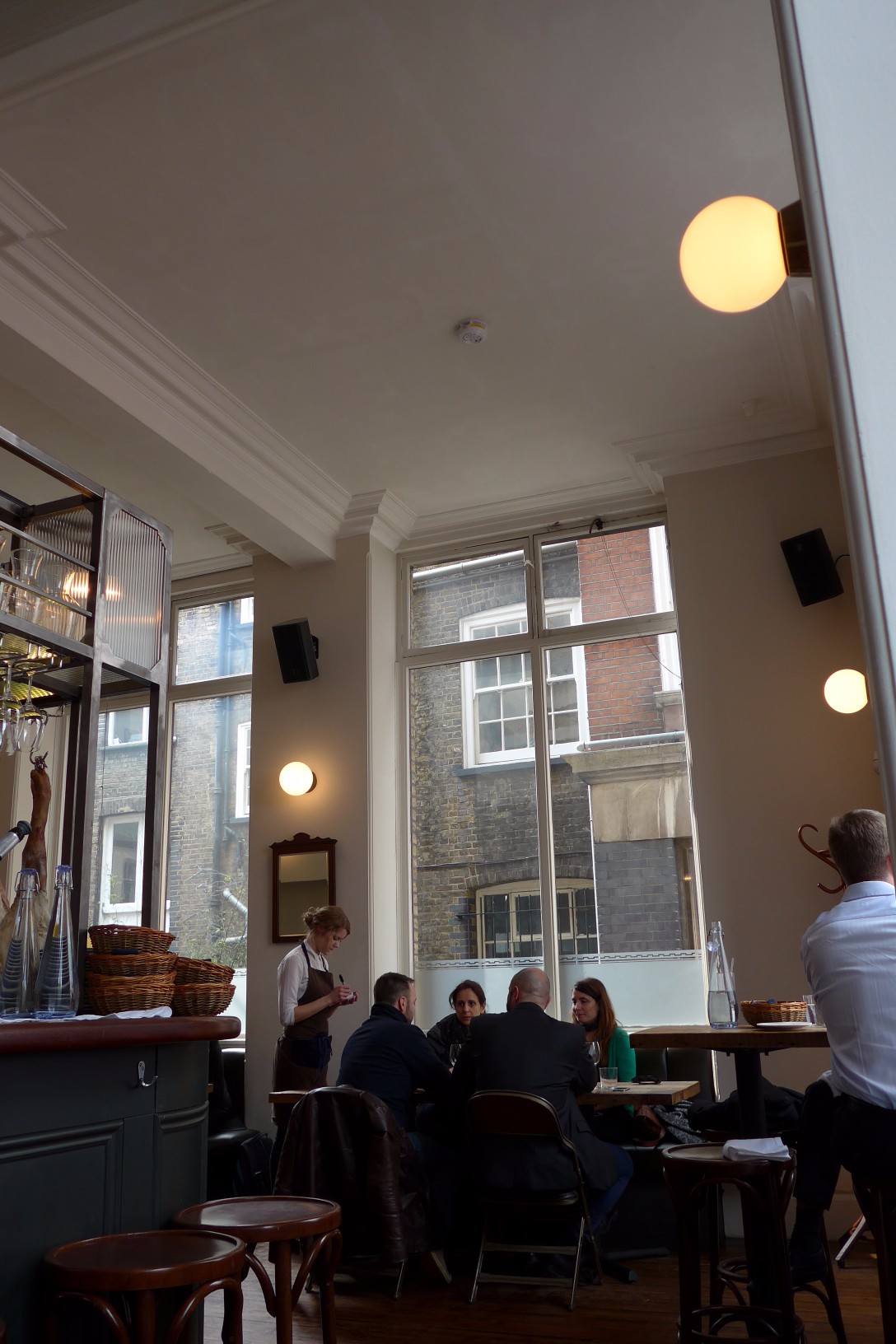 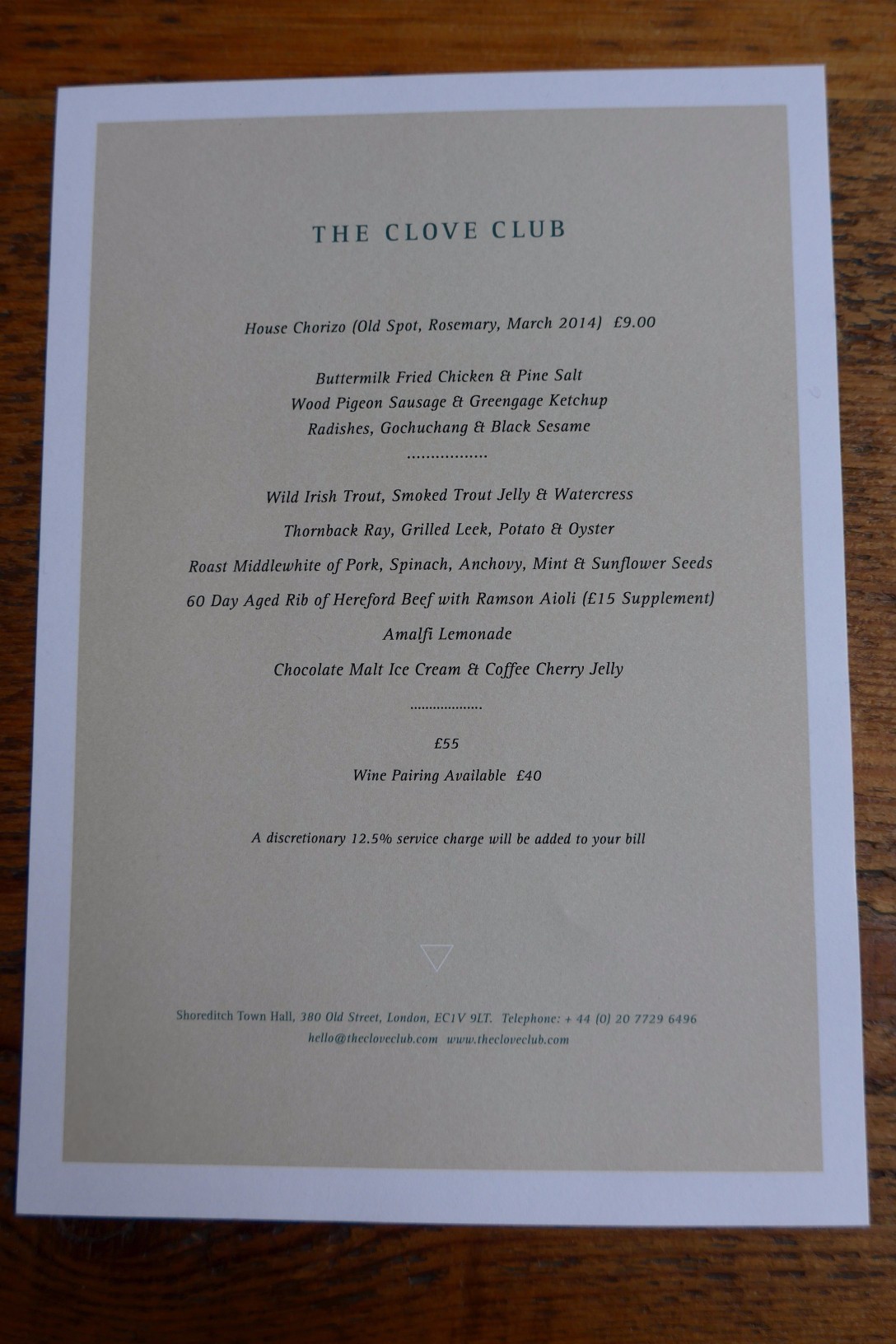 Every course beginning from the radish to the buttermilk fried chicken to the mains such as the pork was so beautifully done and had a slight fun creative side to it, loved how the fried chicken was served amidst the pines – I was guessing for a moment if the pines were edible. Even the grilled leek with oysters was served on a pretty plate and surprisingly tasty with the oysters. It was even better there were some complimentary dishes from the chef in between, I was rolling out by the end of the meal, but it was a thoroughly enjoyable lunch. I loved the amalfi lemonade – more of a sorbet that was so refreshing to start the medley of desserts and at the end, they served what was like a big round biscuit bread – it was so good, I was tempted to ask for more to ‘dabao’ (a colloquial lingo for takeaway). Definitely a place I would go back to and for dinner the next time. 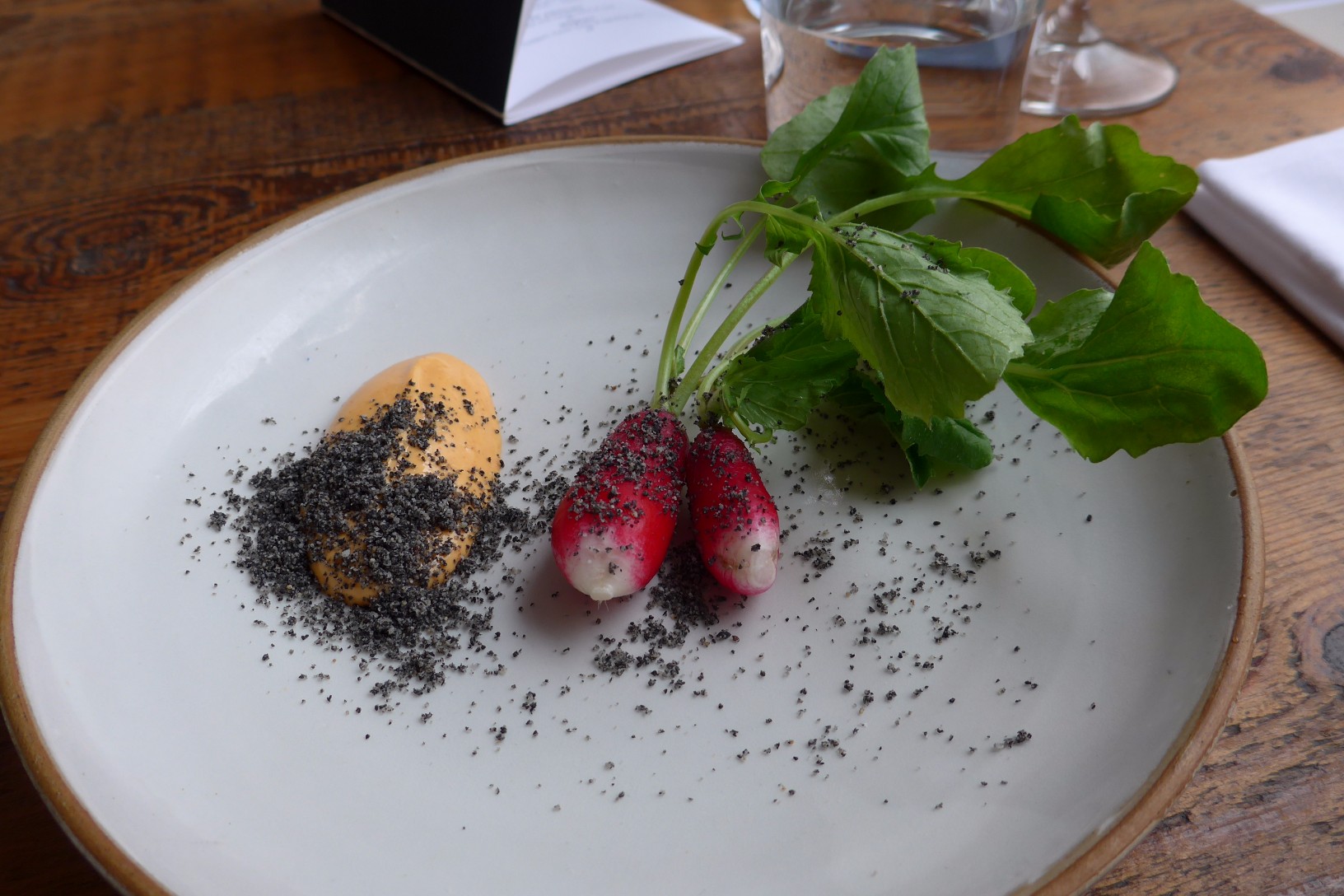 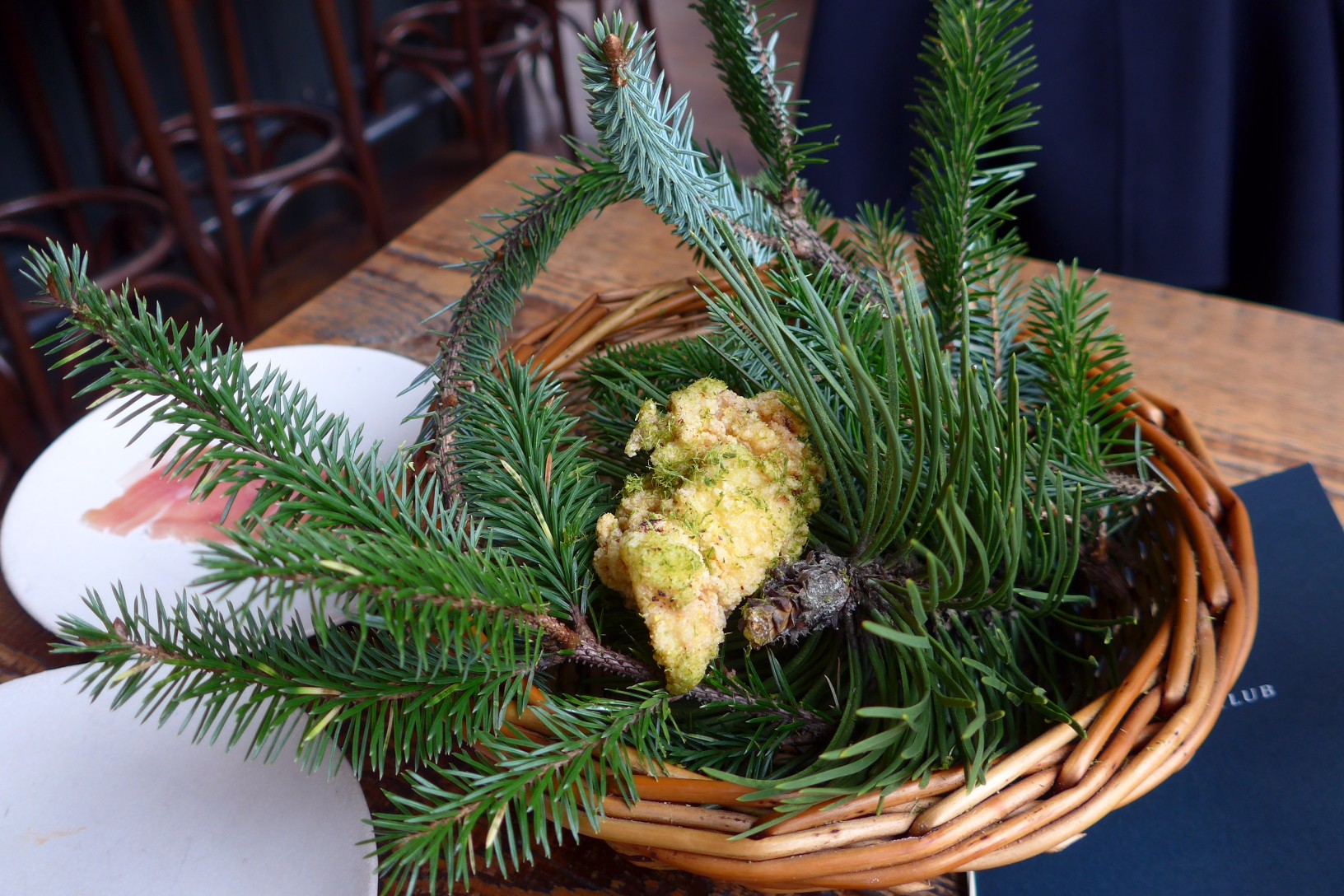 Buttermilk fried chicken – one of their signatures 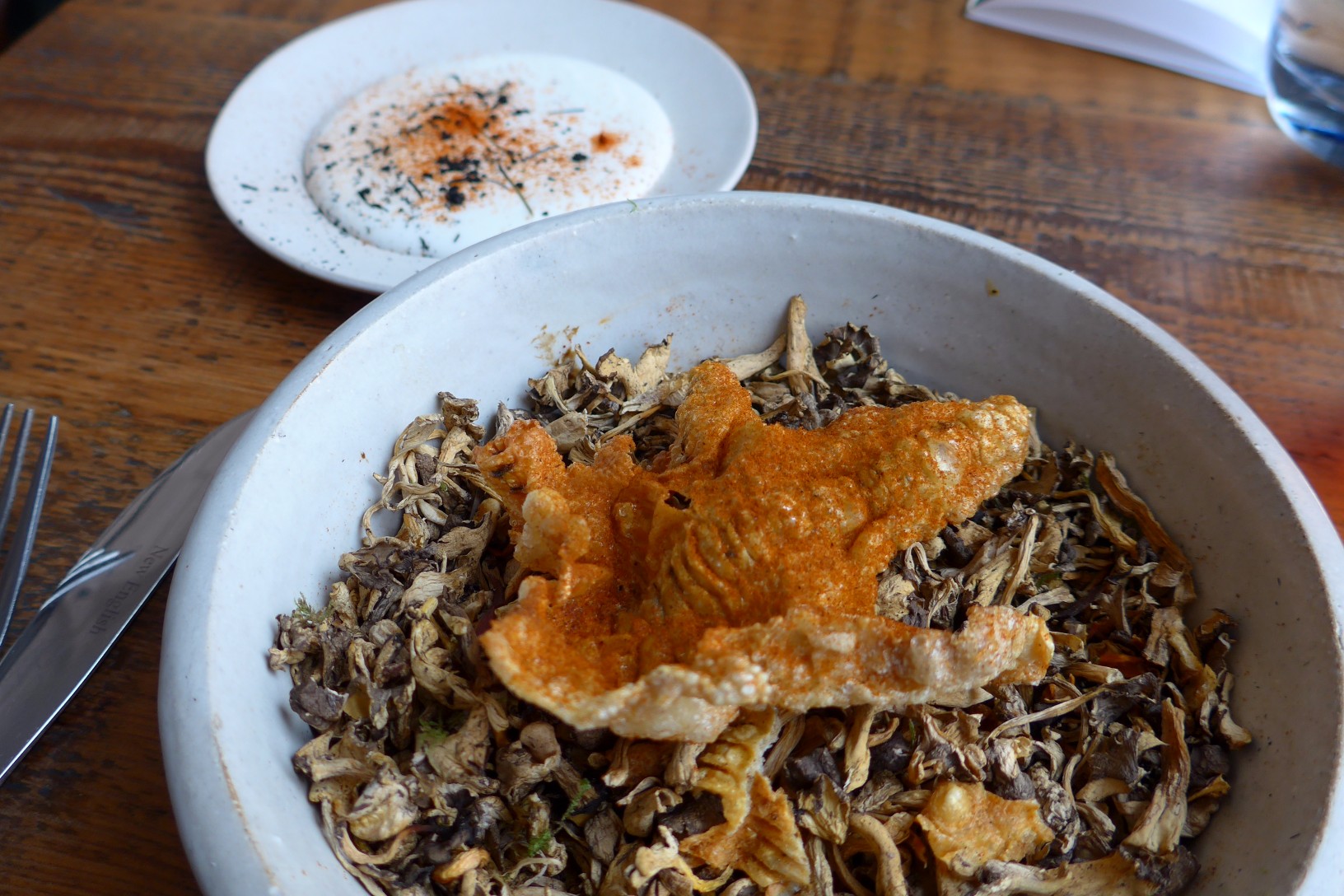 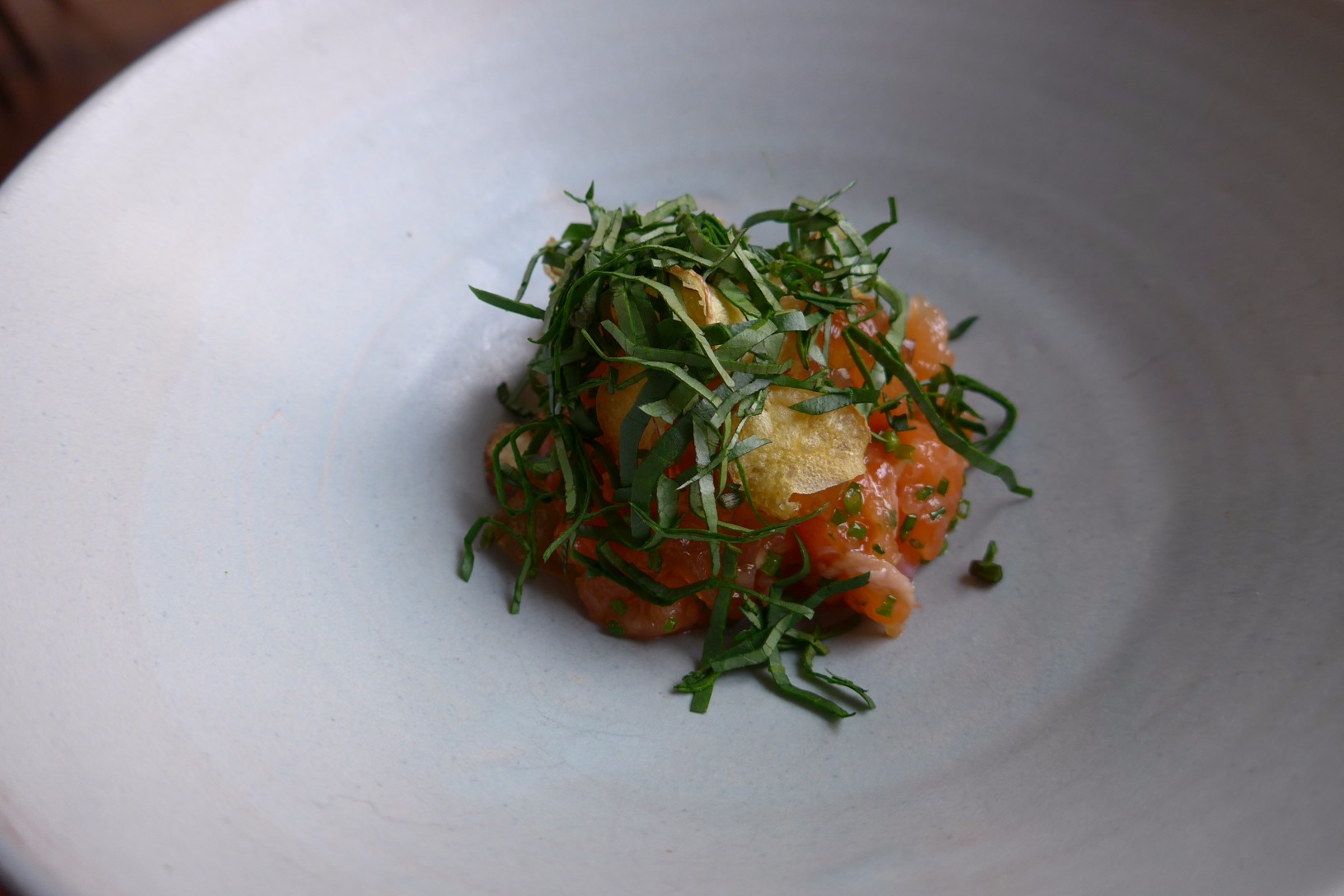 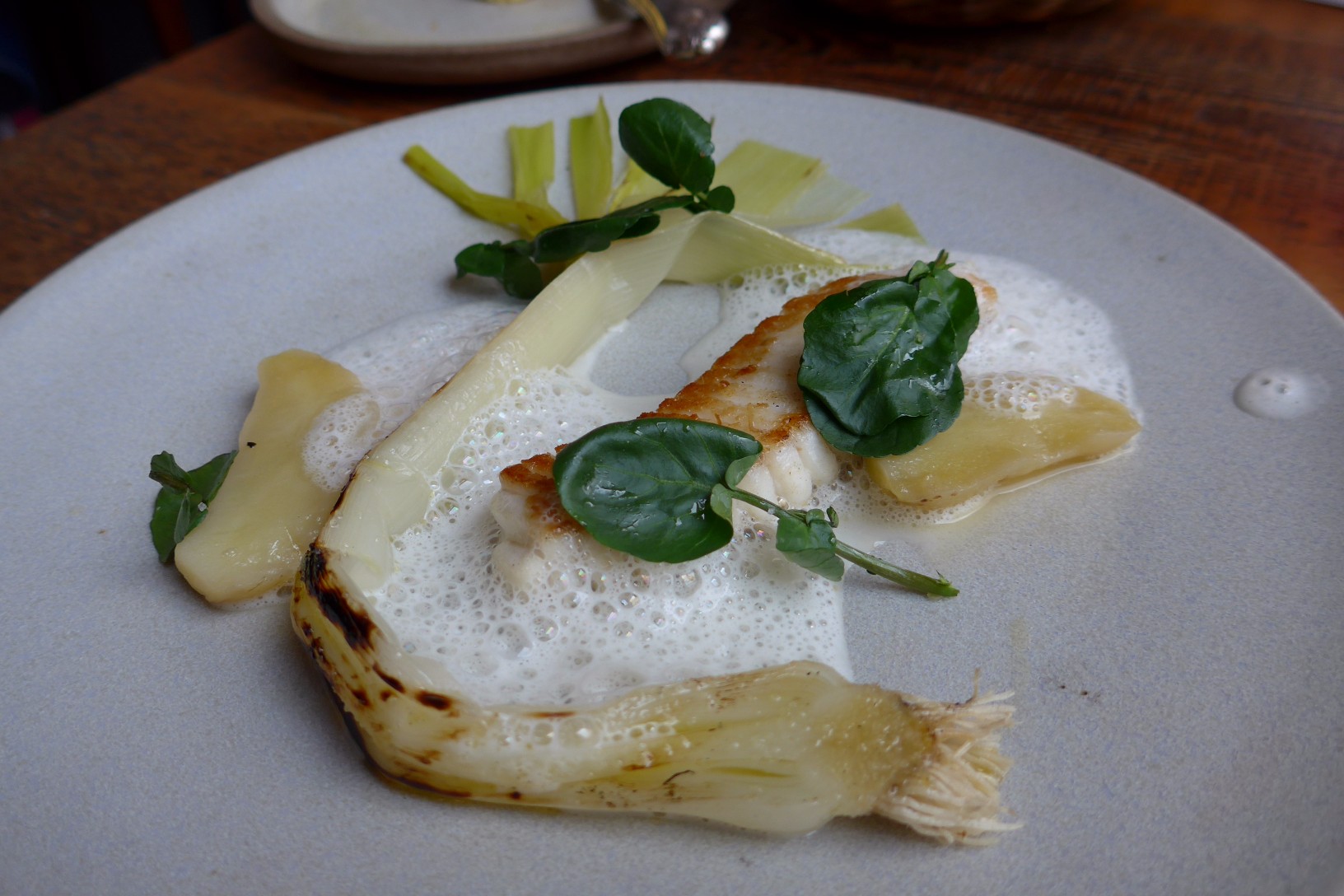 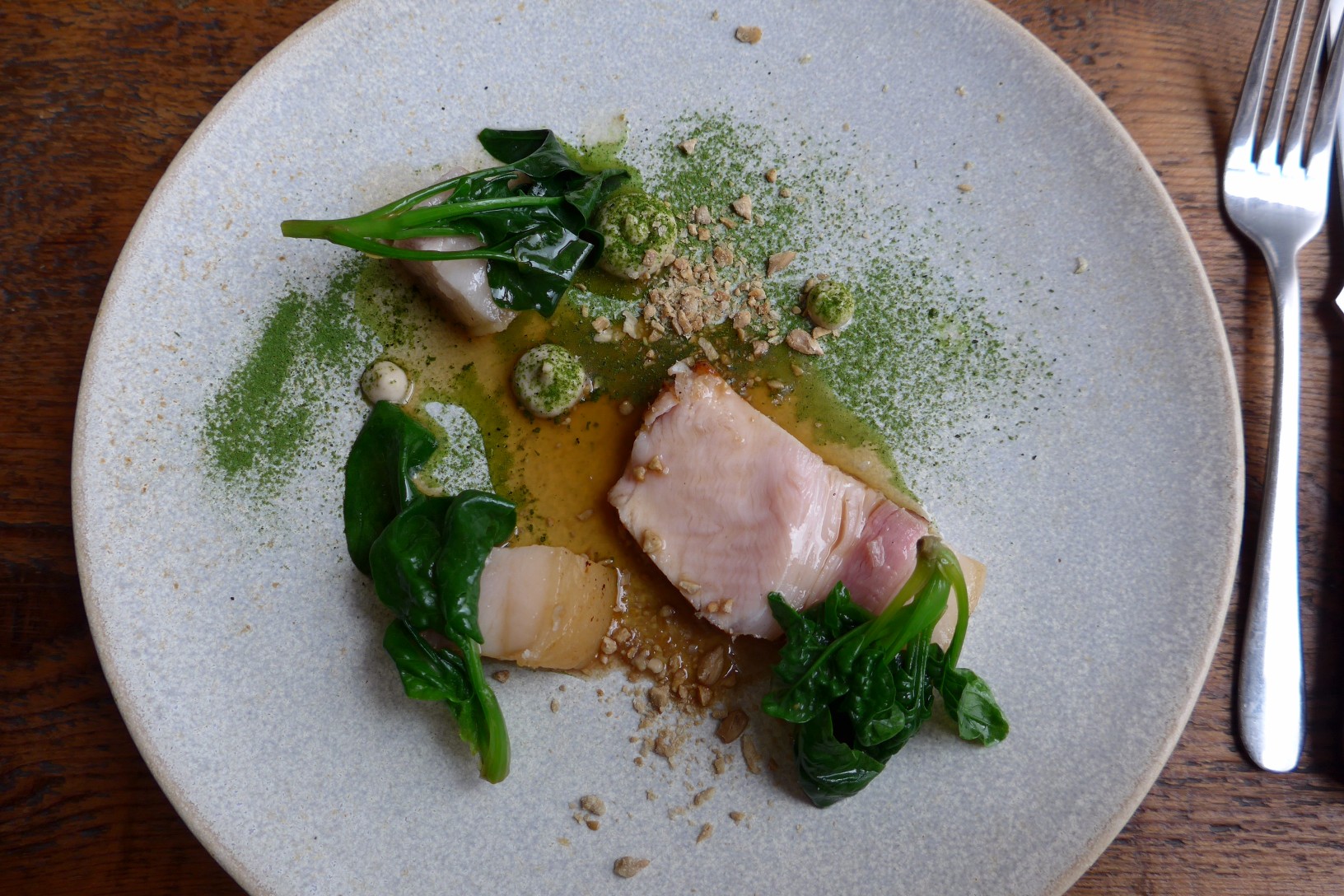 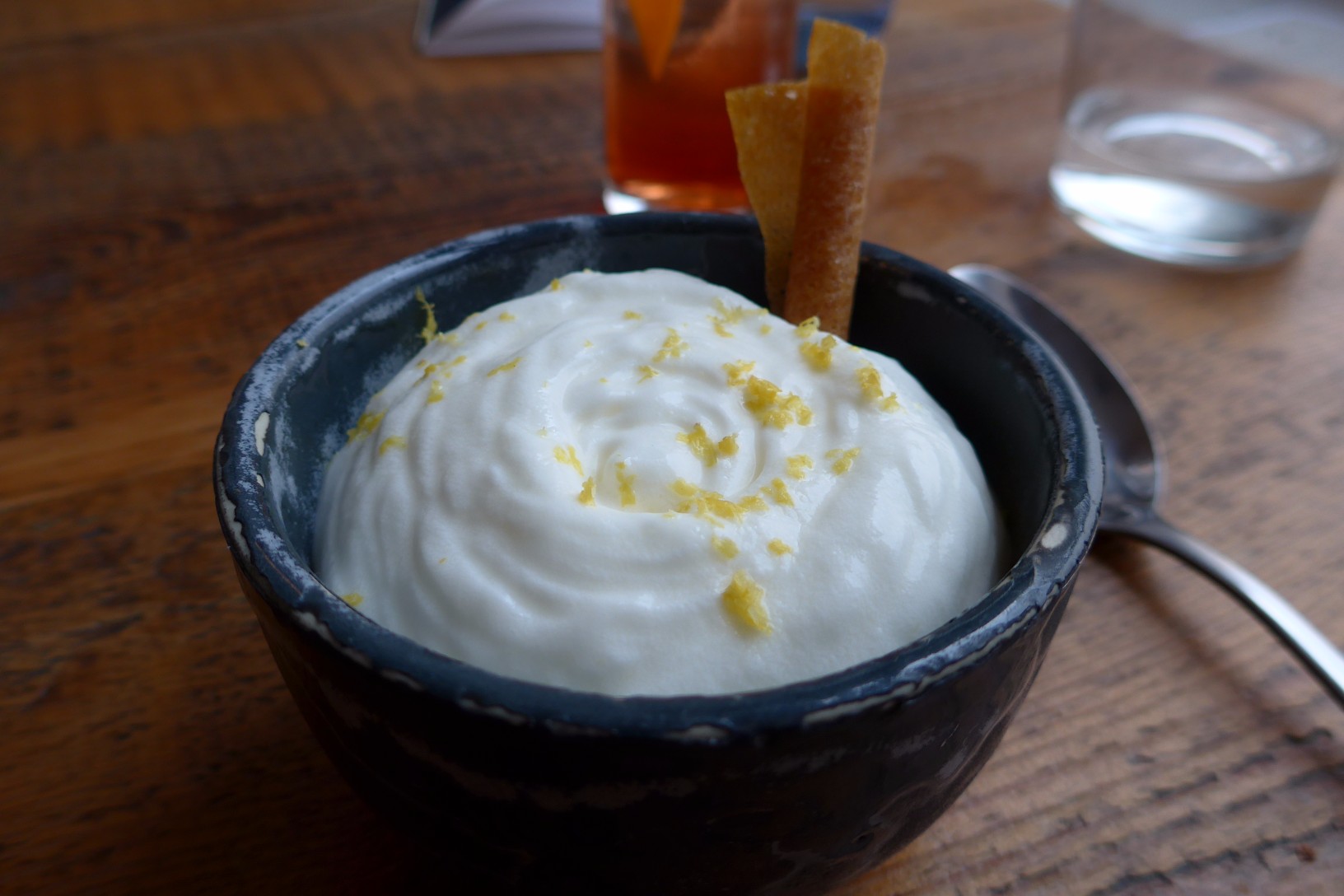 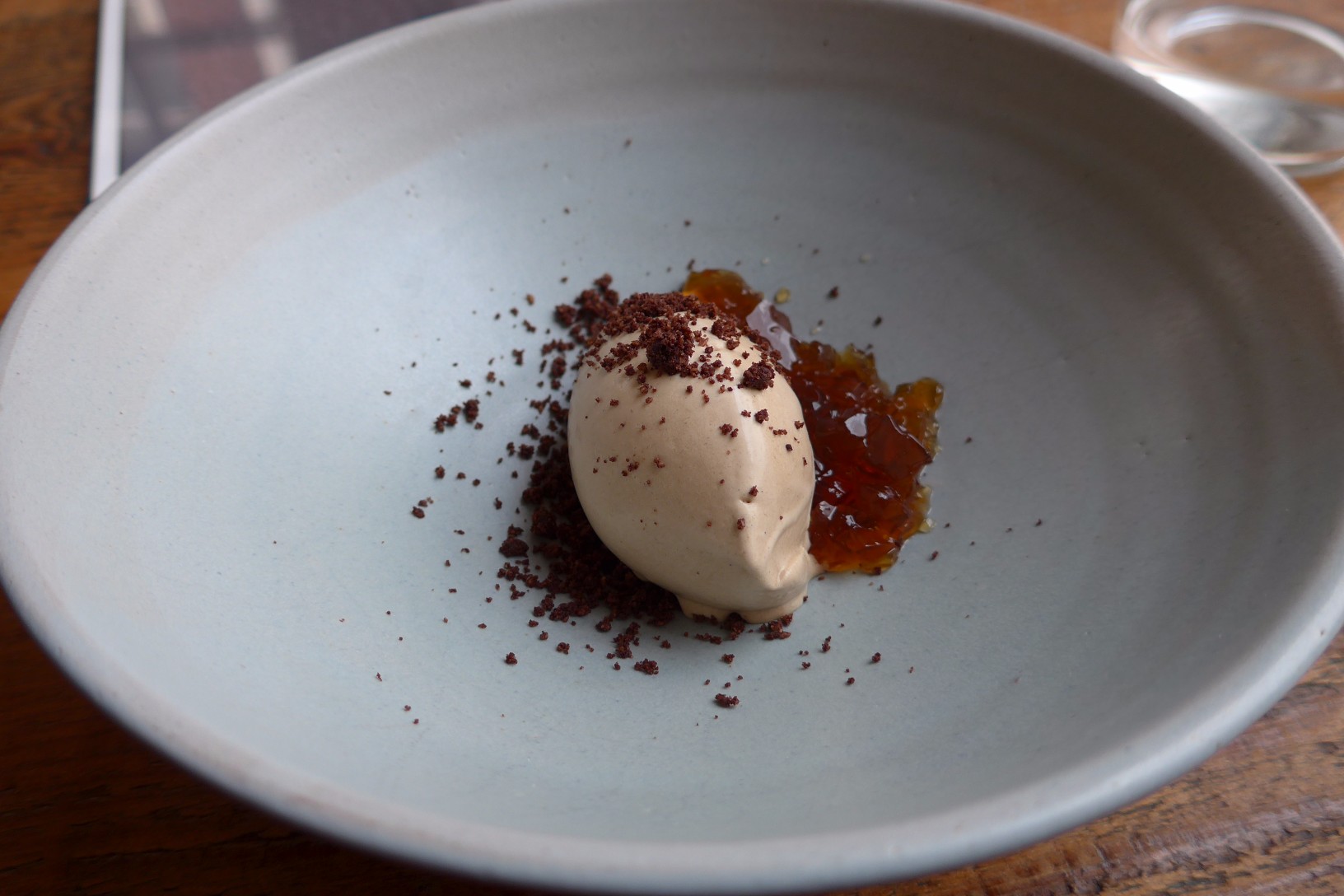 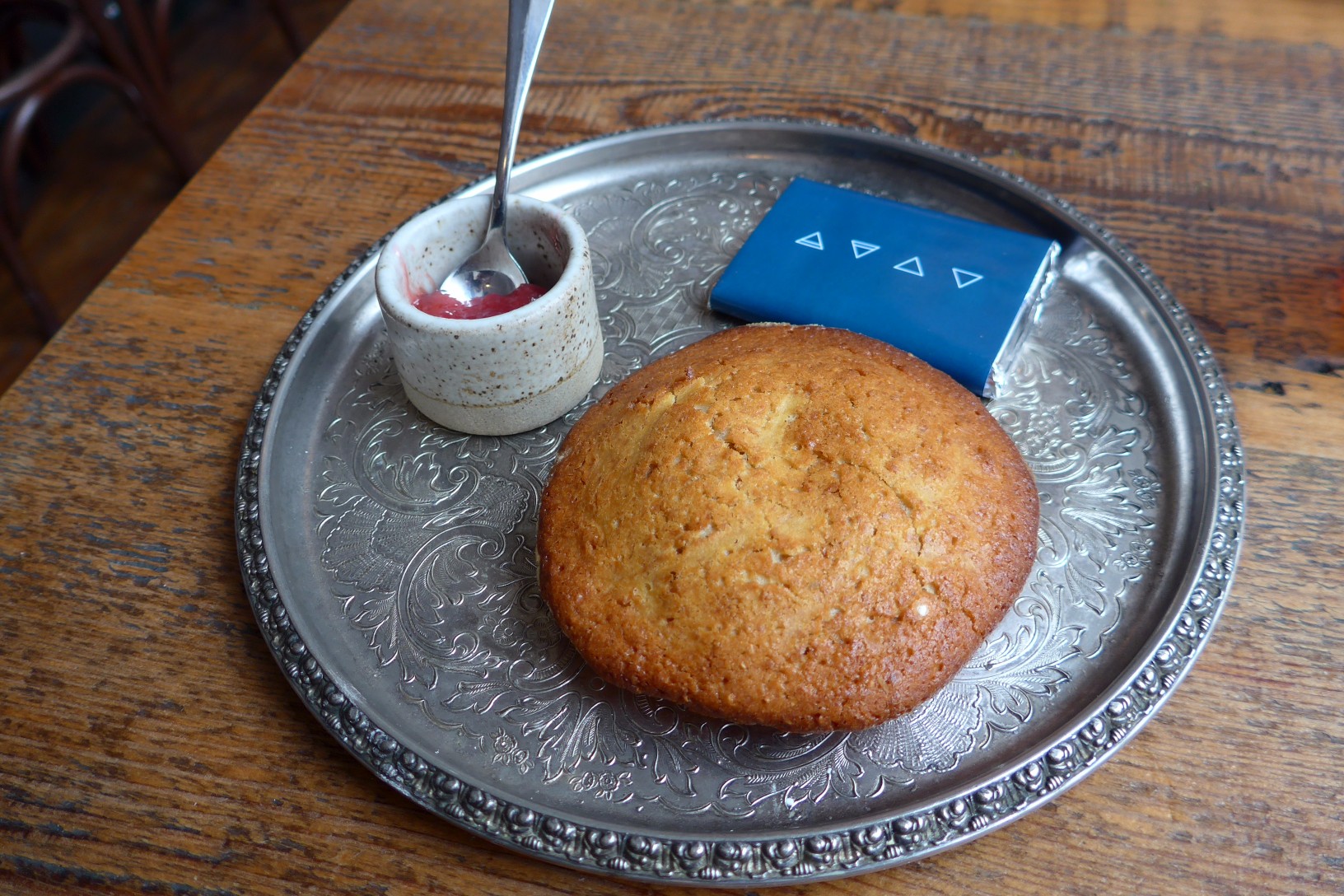 The dish I wanted to takeaway – a simple biscuit bread.

On the contrary, I was not terribly impressed with my lunch at Dabbous (39 Whitfield St, London WIT 2SF, United Kingdom, Tel: +44 20 7323 1544, Open for lunch and dinner Tues – Sats), a much talked about and super hard to book restaurant when it opened 2 years ago. I was so excited to get a booking here but left with mixed feelings. It might have been influenced by my stomach flu that both Y and I were suffering from, but my point is always if the food is so good, I should still be able to enjoy the meal. The use of celeriac in 2 dishes of a 5 course tasting menu didn’t quite impress me, especially when it’s a rather strong tasting vegetable. 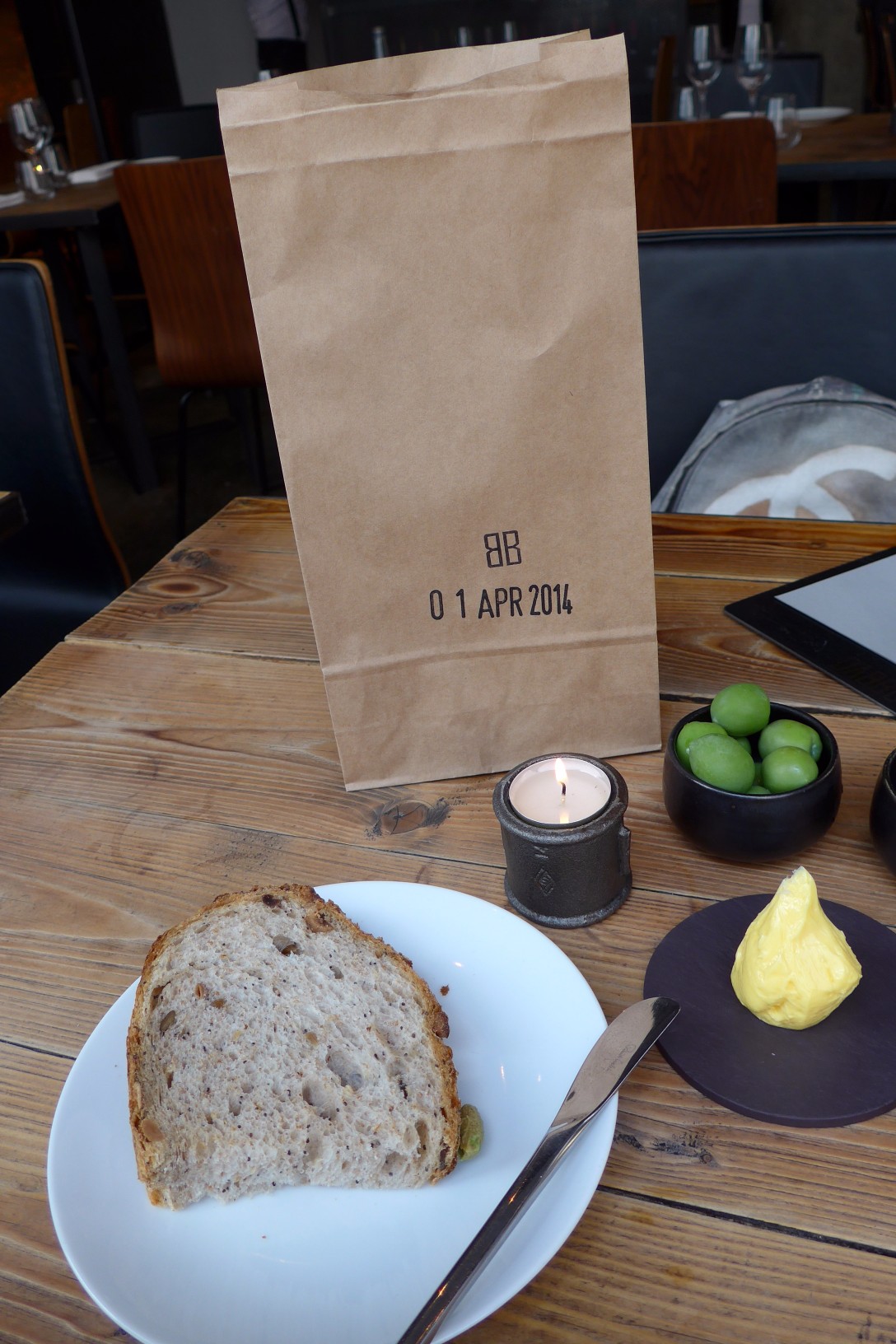 The dishes I enjoyed most was the grilled octopus with grapes, now inspired me of a new pairing I could try at home for my homecooked meals, and the dessert – a banana and custard eclair, as sick as I was I actually gobbled down most of it. They have a basement bar – Oskar’s Bar and its cocktail menu looked rather interesting for evening drinks and cocktails, but alcohol would have killed me that day. Perhaps I may give it one more chance when I return feeling 100% well, but this meal definitely didn’t blow me away. 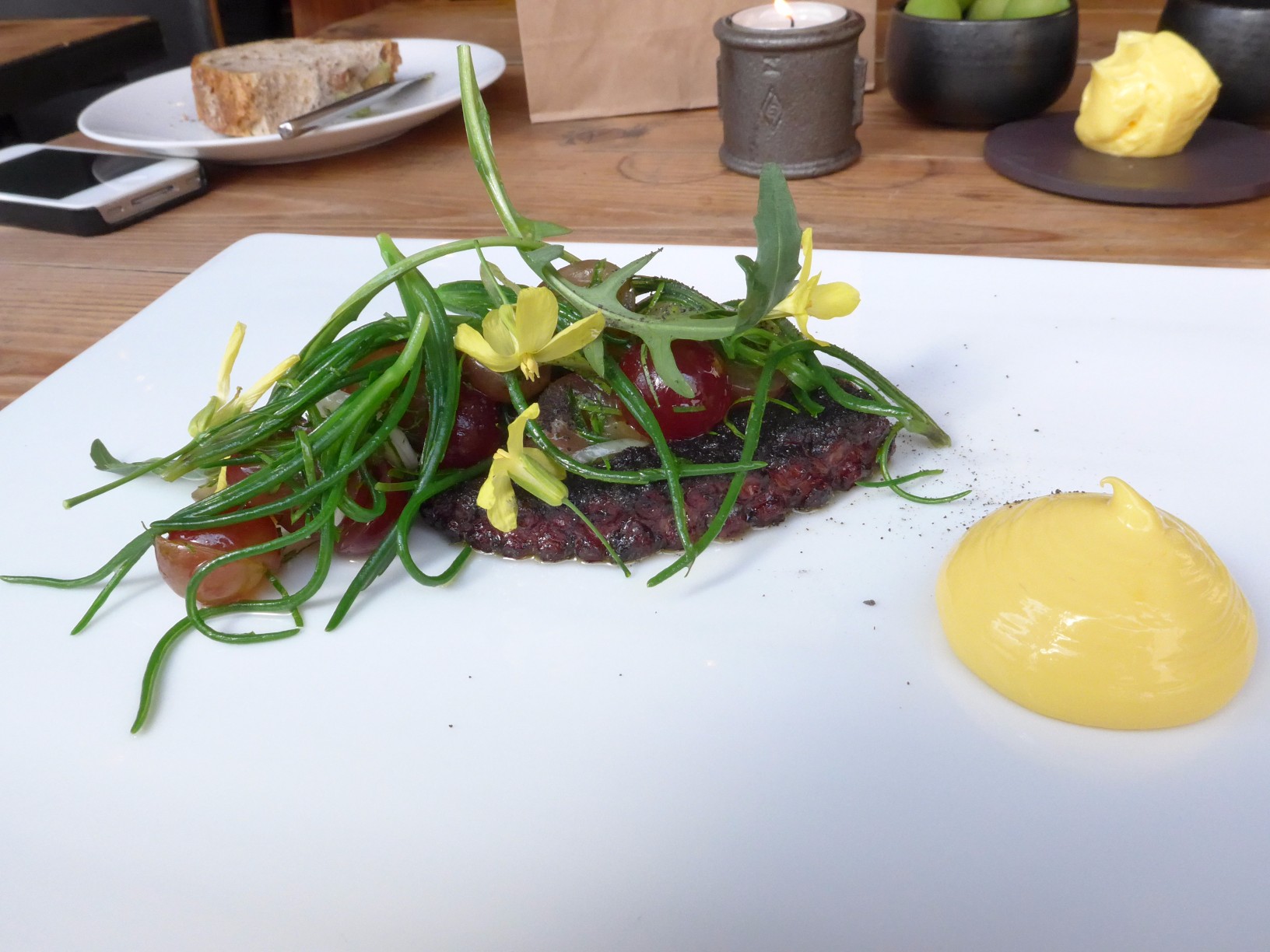 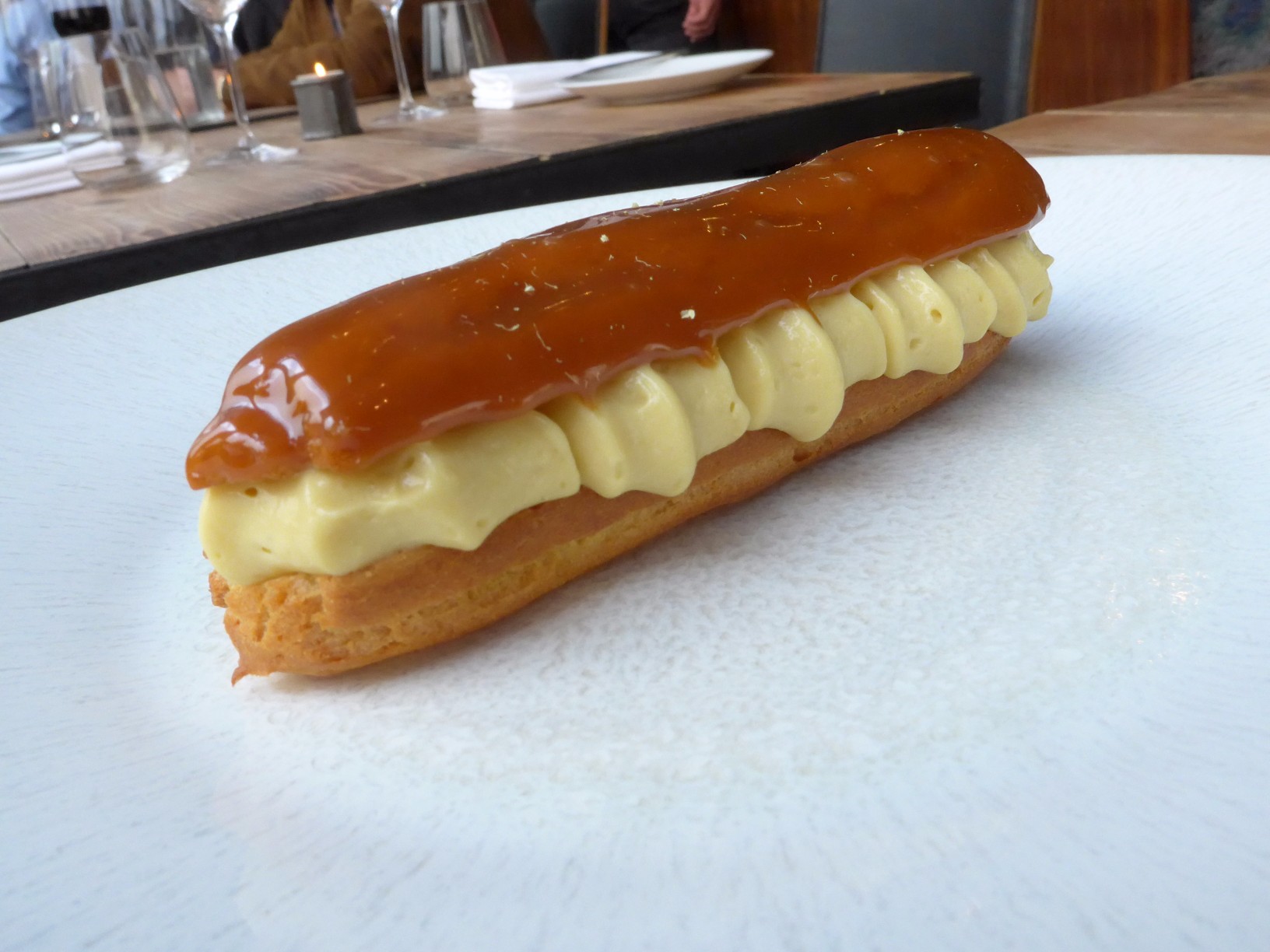 Will be posting more on my escapades in UK – lovely Cornwall soon! 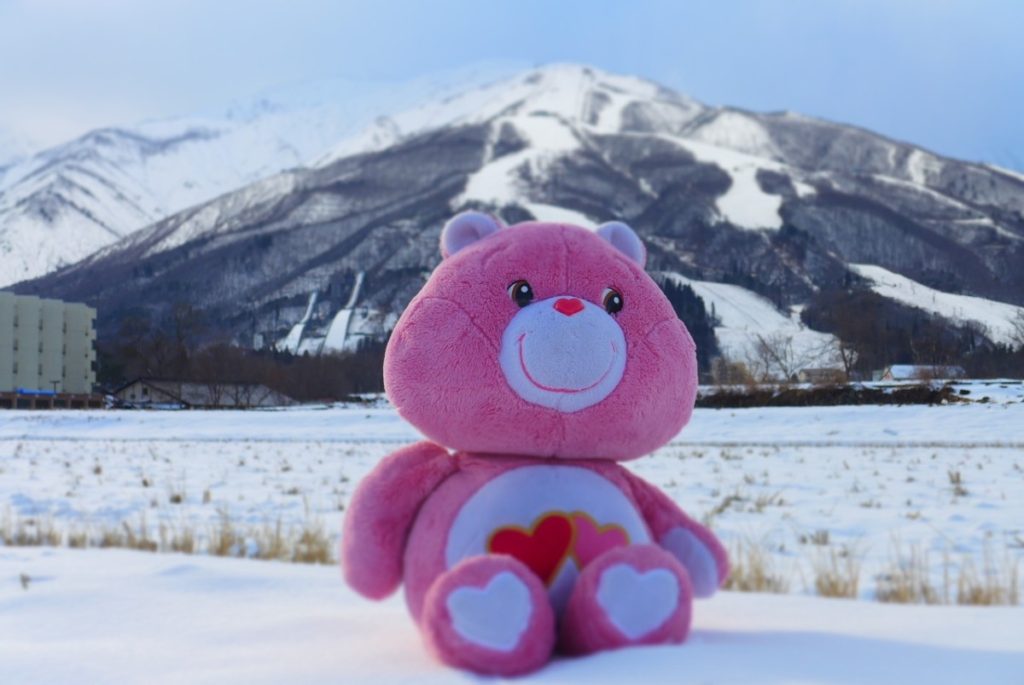 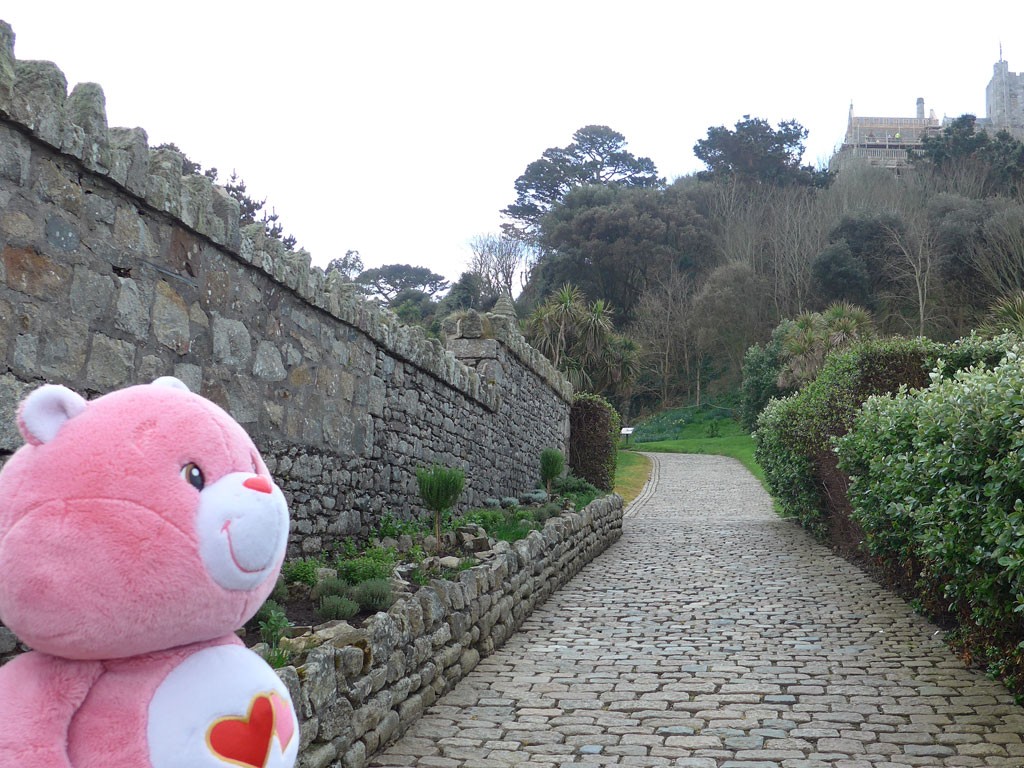 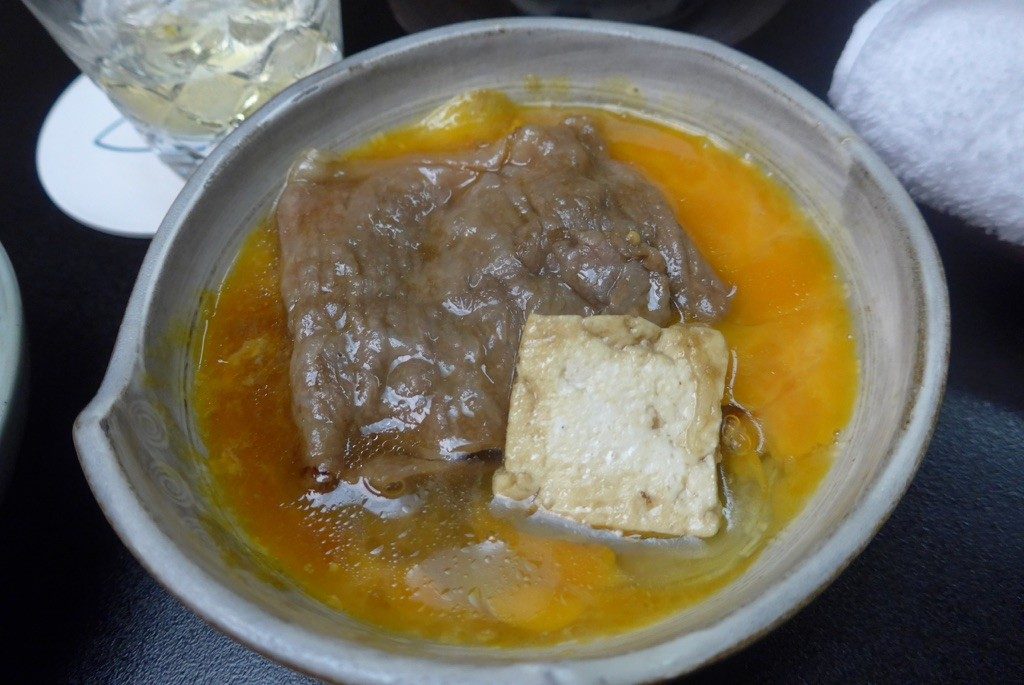