In May, Y and I decided to go to Hong Kong to catch up with our usual bunch of buddies staying there and also take the opportunity to check out Art Basel Hong Kong which has become the key Asian outpost for the Art Basel franchise, an important showcase for many international and regional galleries, and artists. What makes it exciting is also the many fringe events and parties that takes place around Hong Kong during this week, which explains why hotel rates are expensive and all the ‘IT’ restaurants are not surprisingly fully booked during this week. Clearly, with many art pieces that hover from the hundreds of thousands to the millions, we were definitely there just as spectators. 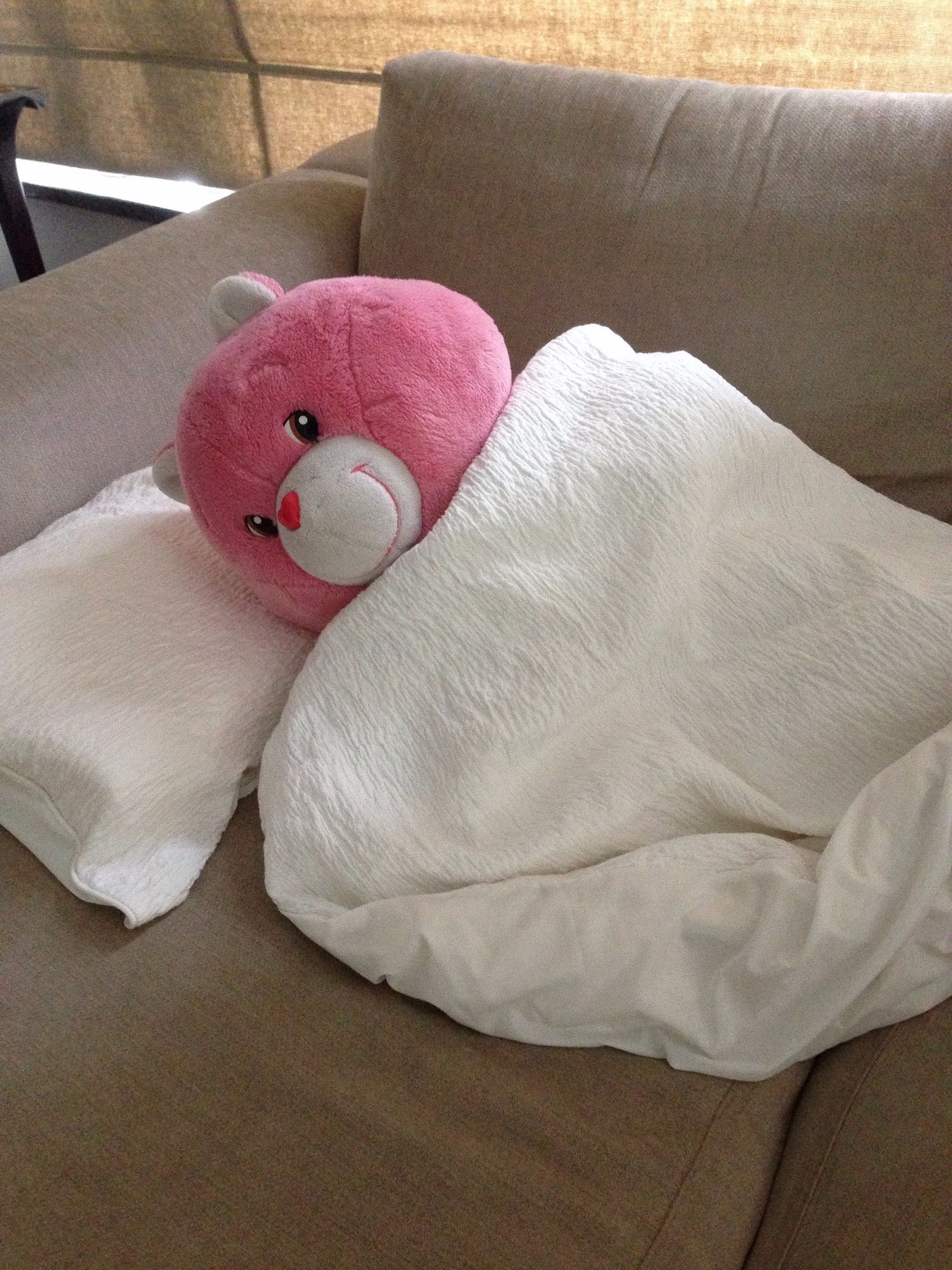 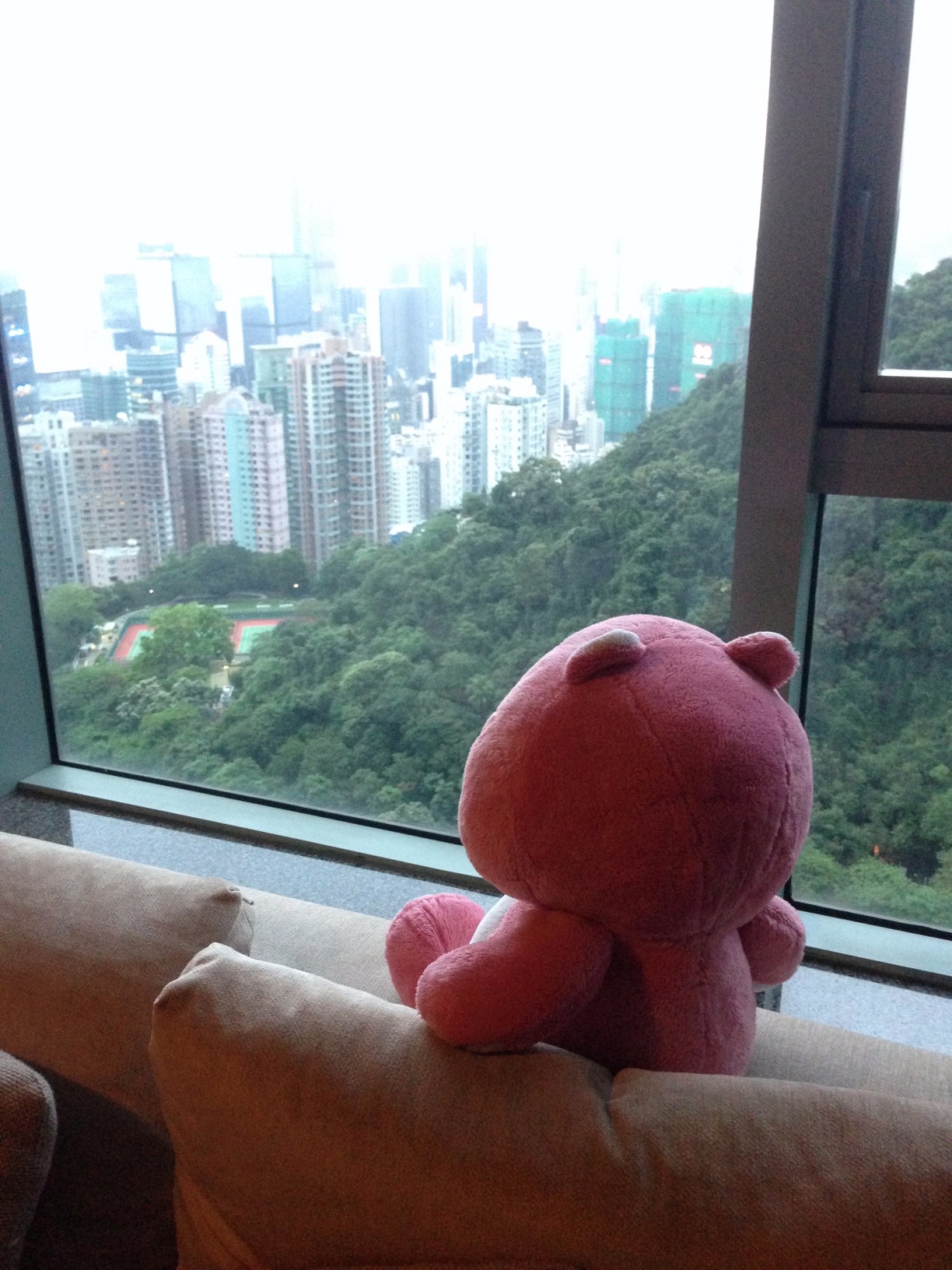 We bunked in with KK in her lovely apartment at the top of Bowen Road in the mid levels, which had an amazing view of the Hong Kong city skyline. It seemed to me this time in Hong Kong, the traffic seemed to have gotten worse and the weather felt like an unbearable monsoon typhoon heat typical of August in Hong Kong, but seemed to have descended on us in May. Still, Y and I managed to eat our favourite Lan Fong Yuen’s french toast and chicken chop noodles and Yat Lok’s roast goose noodles for lunch before trekking down – MTR and lots of walking over 2 afternoons to check out the Art Basel in the Hong Kong Convention Centre.

Art Basel spanning over 2 large floors, is at least twice the volume of Art Stage Singapore, attracts many wealthy buyers, VIPs, celebrities – yes we spotted Raymond Lam, Hong Kong actor and singer walking around on Saturday. The atmosphere here is really different from what we have been to in Singapore’s Art Stage, which seemed so pared down to this. Whether it is genuine buyers or just pure curious visitors, it’s clear that this place in this week of May was in clear overdrive. So I have to thank dear KK for letting us borrow her guest UBS VIP pass otherwise we be part of the crazy queue to buy tickets. From an intriguing mass ping pong match created by Singaporean artist Lee Wen – titled “Ping Pong Go Around” to Australian artist – Anastasia Klose performance meets retail shop selling her witty T-shirts, there was lot for us to absorb visually. The pictures below are just a taste of the few that I felt compelling enough to take shots of. I wanted to buy the ‘bandaged’ bear you see below by Adeel Zadar – a Pakistani artist, but it was already sold! I loved the most the contemporary art piece – Aleatoria by Spanish artist, Juan Genoves, the way the ‘stickmen’ was painted was amazing, they looked so 3D. 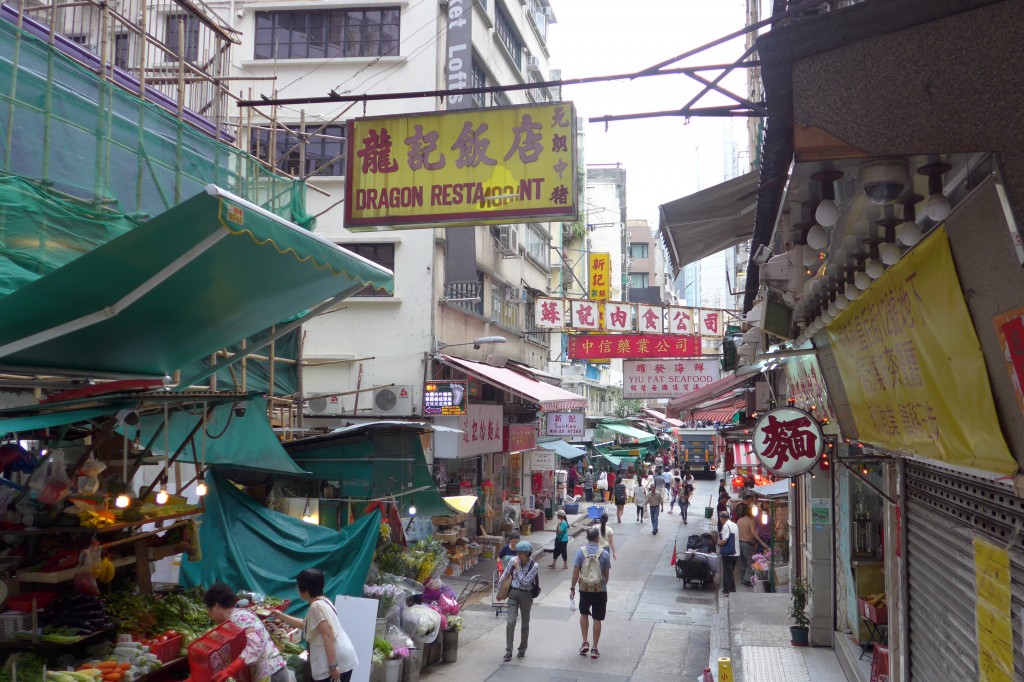 Walking down Gage Street, Central, a wet market in the day. 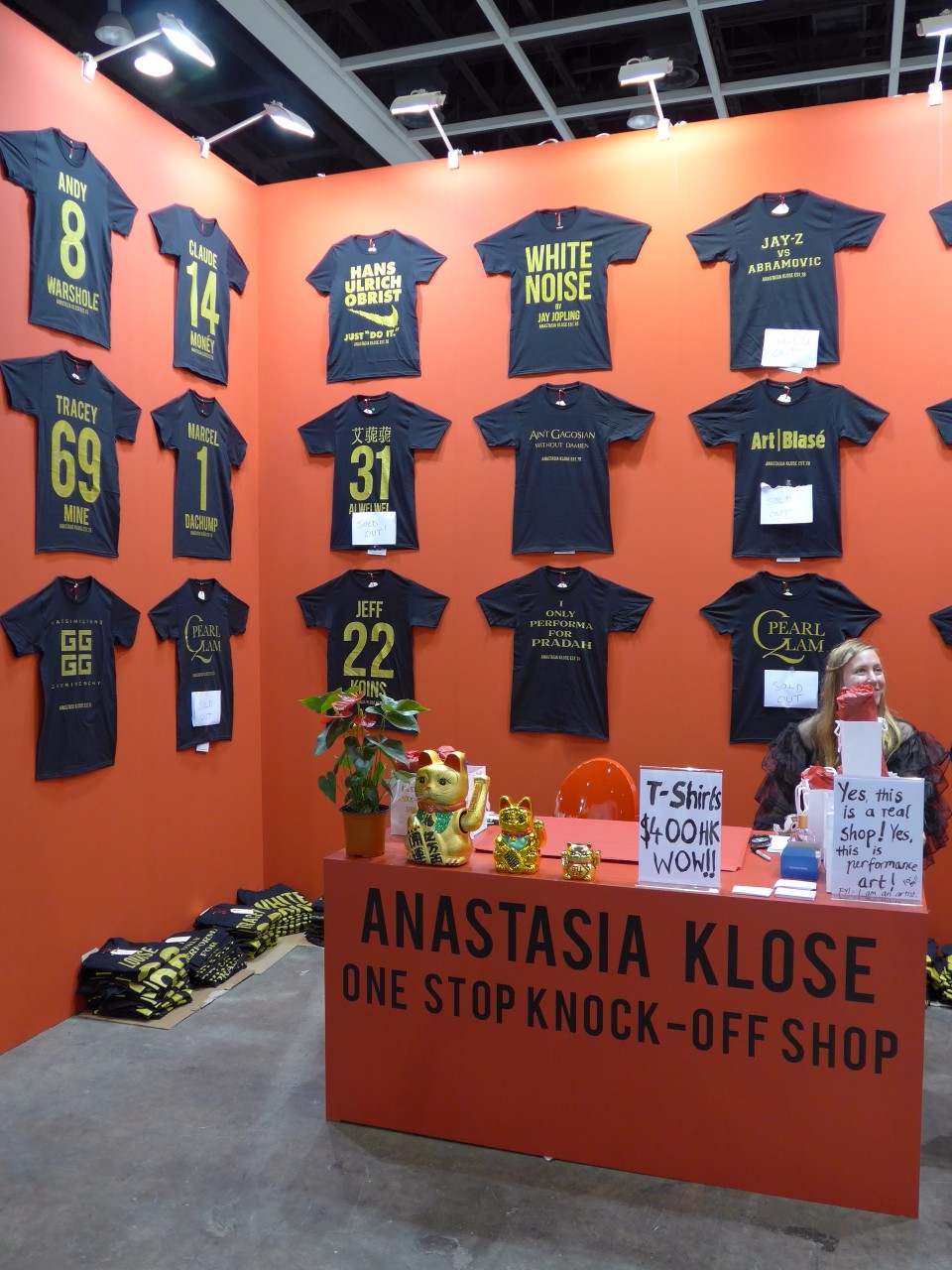 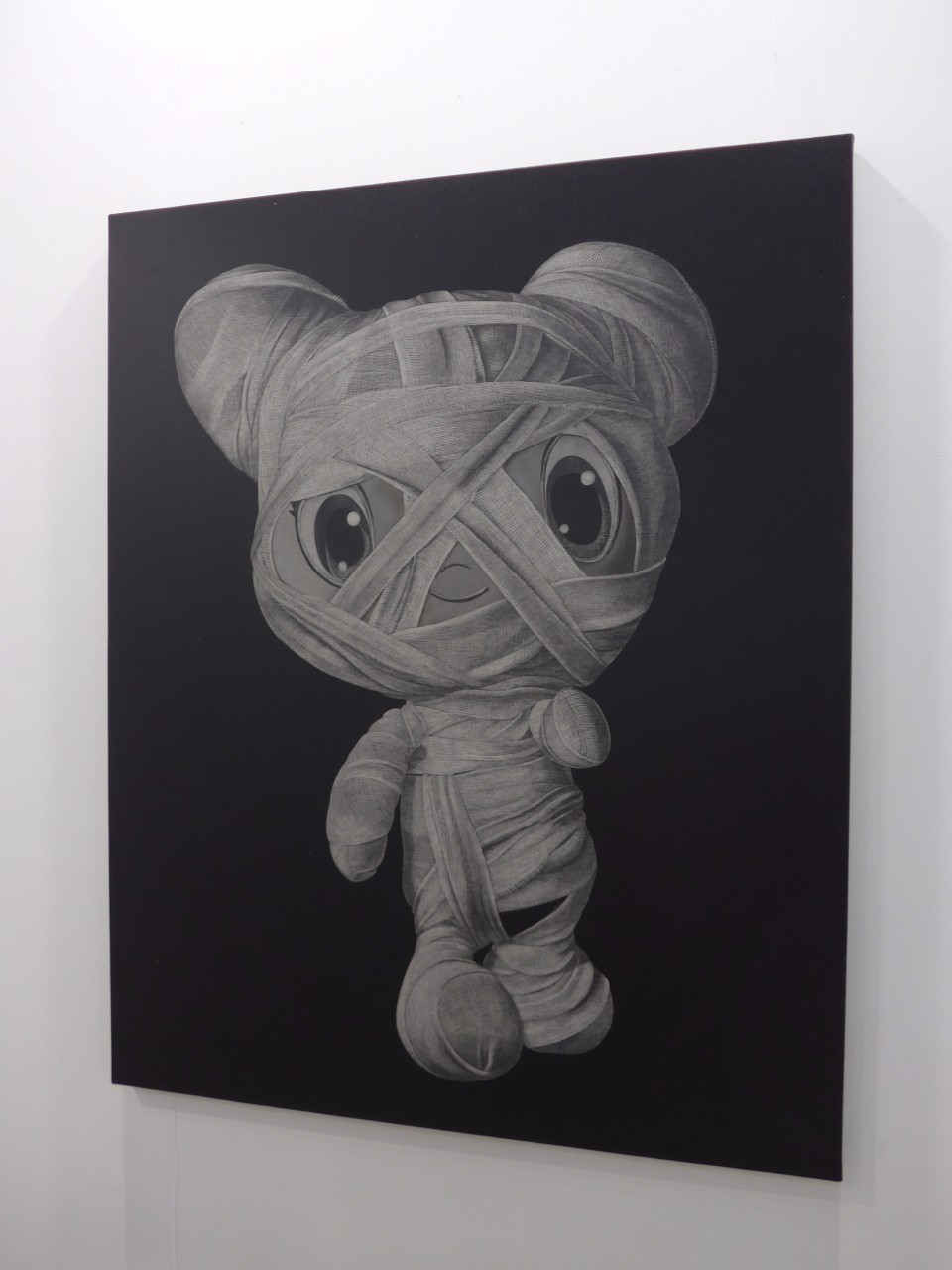 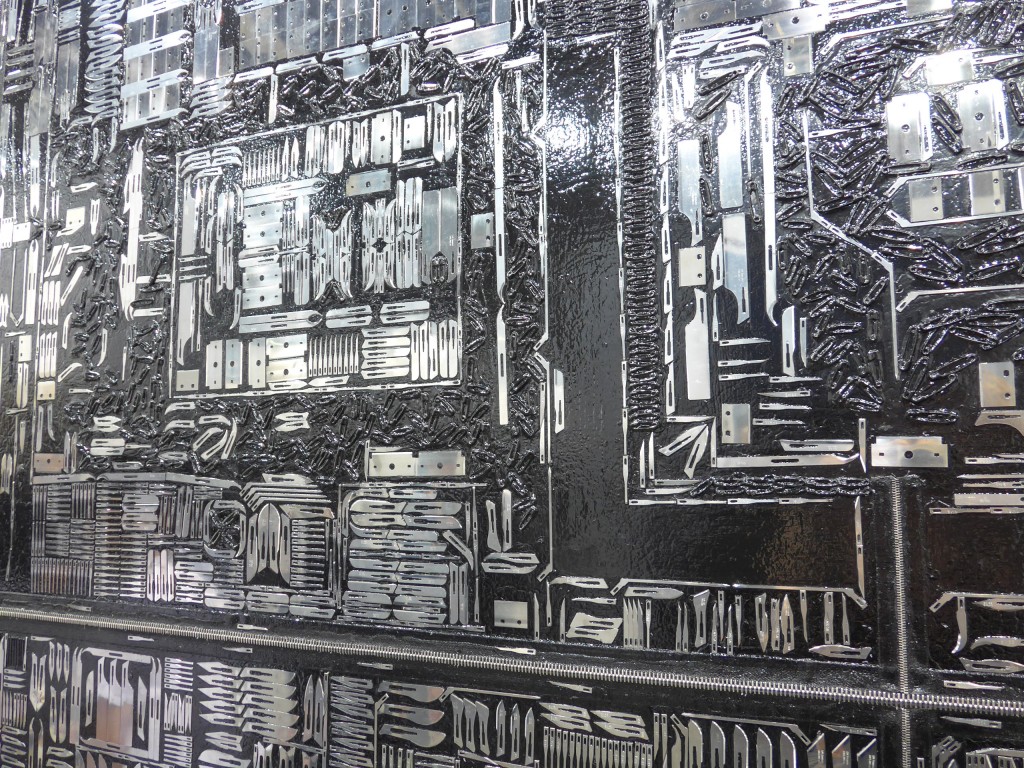 Another work by Damien Hirst at White Cube Gallery. 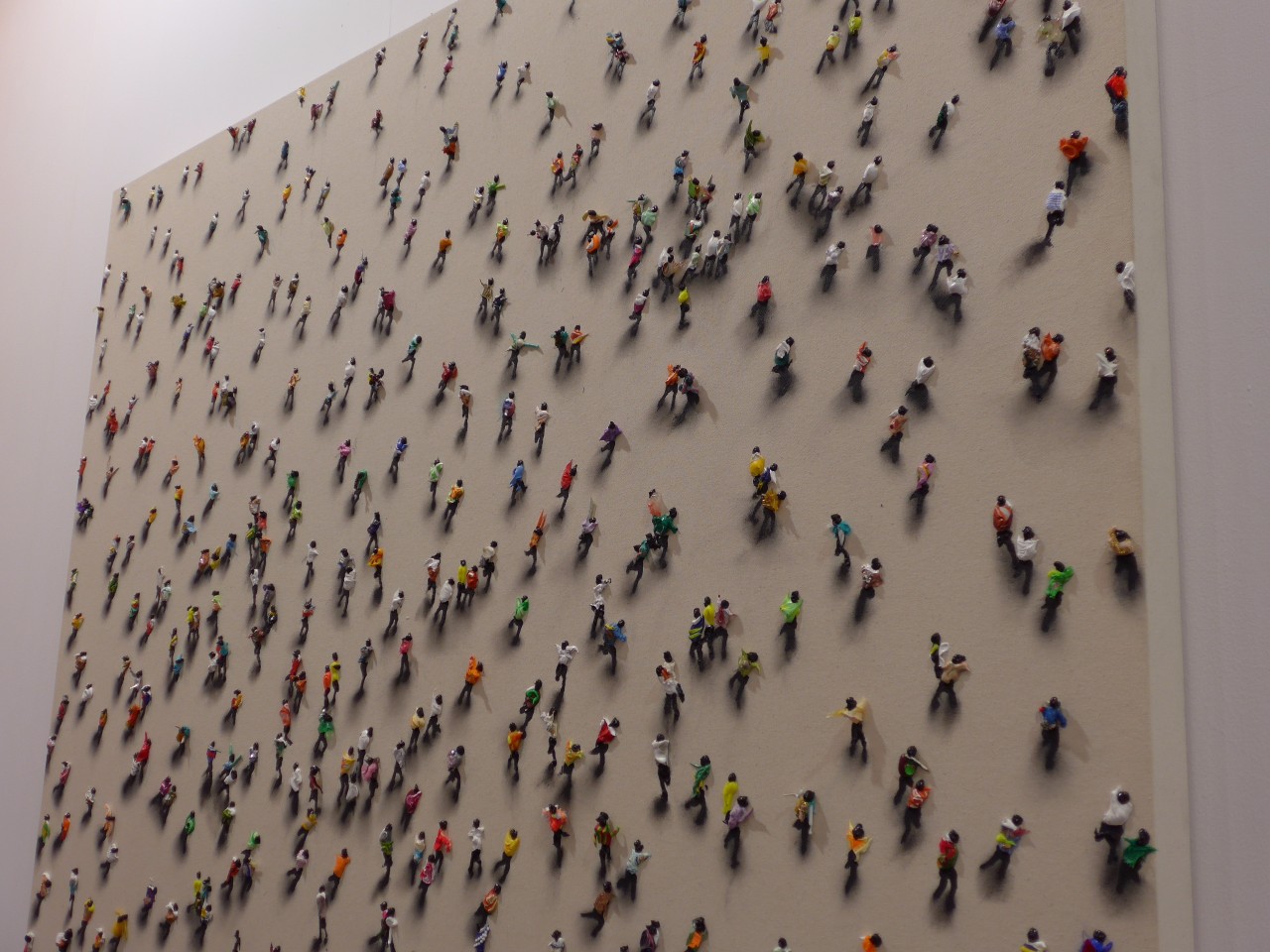 Different types of neon, fluorescent art installations were also rather prevalent I noticed as a medium from Tracy Emin’s famous italicised words to moving installations by Hong Kong artist Adrian Wong, another piece of his art you can also find in Y’s bestie YW’s new restaurant Aberdeen Street Social (Read on below for my preview). 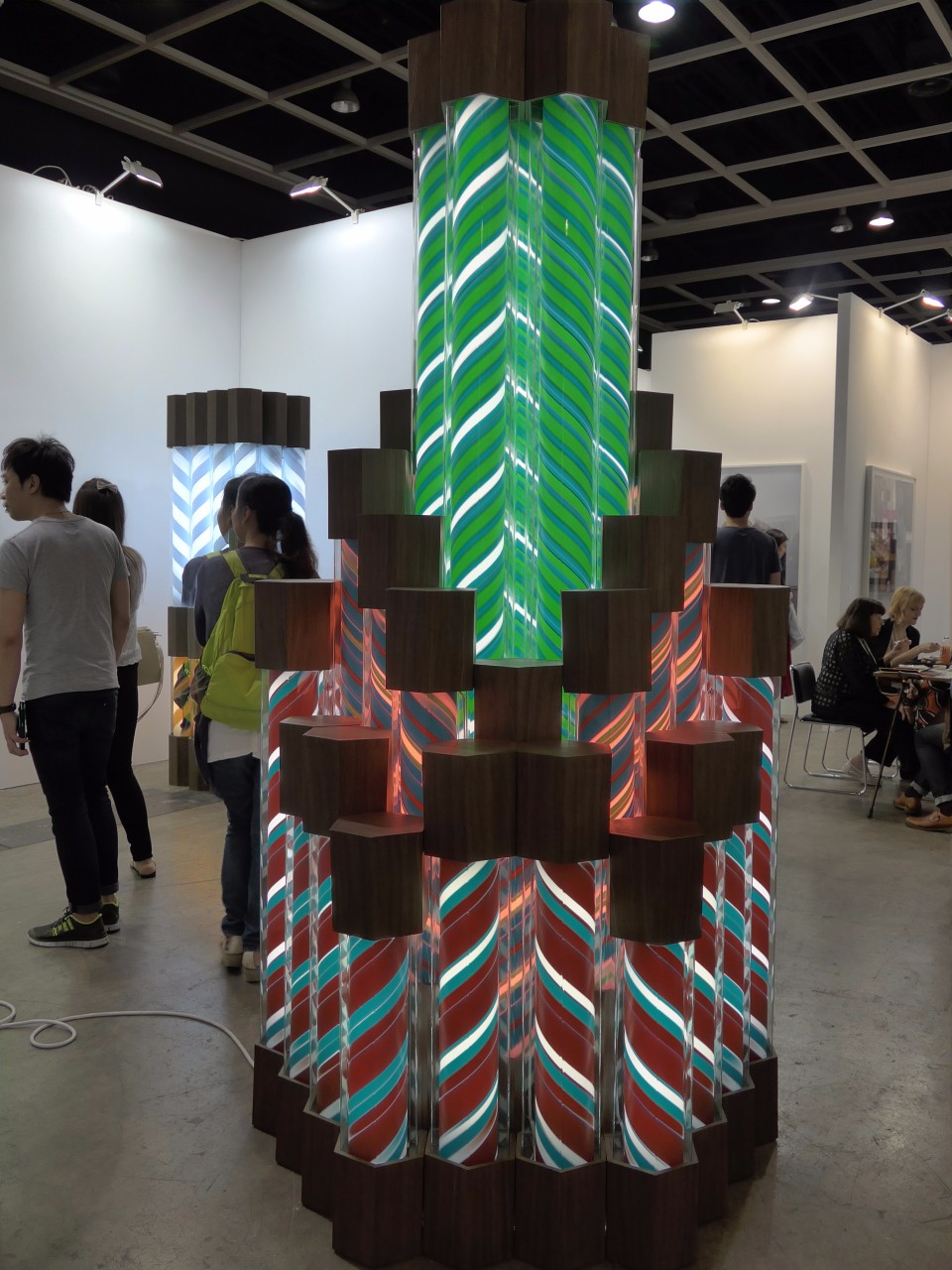 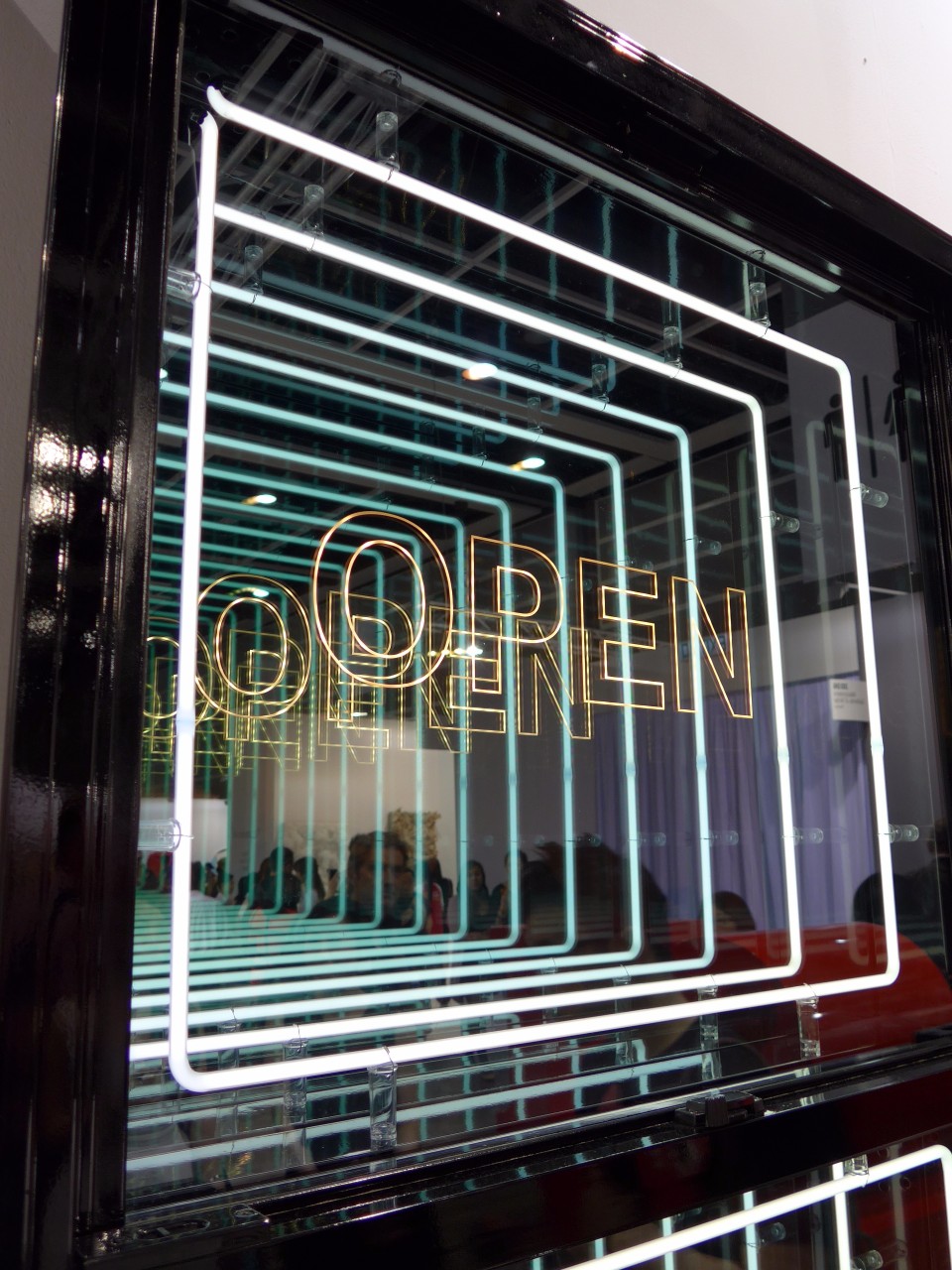 Truly soaking in the ‘art’ vibe during this Art Basel week is not complete without attending some of the parties around town. Y and I were lucky to tag along with YW and hubby AL who is pretty passionate about the arts scene to go for 2 of the VIP parties happening that week. First was one of the kick off parties on Wednesday – an Absolut pop up bar designed by Nadim Abbas. Themed Apocalypse, it was a raw space of sacks stacked and humans walking around like zombies in lab coats, and of course cocktails served up by bartenders in line with the theme. We were treated to a rather entertaining performance by Belgian based Singaporean artist Ming Wong, who was dressed in a pink wig and mask, wearing a sexy tight white skin suit. Emerging with a group of black costumed dancers that reminded me of the current Japanese Zentai trend of dressing in skin costumes from head to toe, he slowly walked to the stage in a ghost like fashion before stripping off his hat and breaking out in a lip sync and dance to a strange mash up of Hong Kong canto classics to Oliver Newton John’s Physical. I didn’t realise who he was until AL told me he was pretty famous and has represented Singapore in the Venice Biennale. 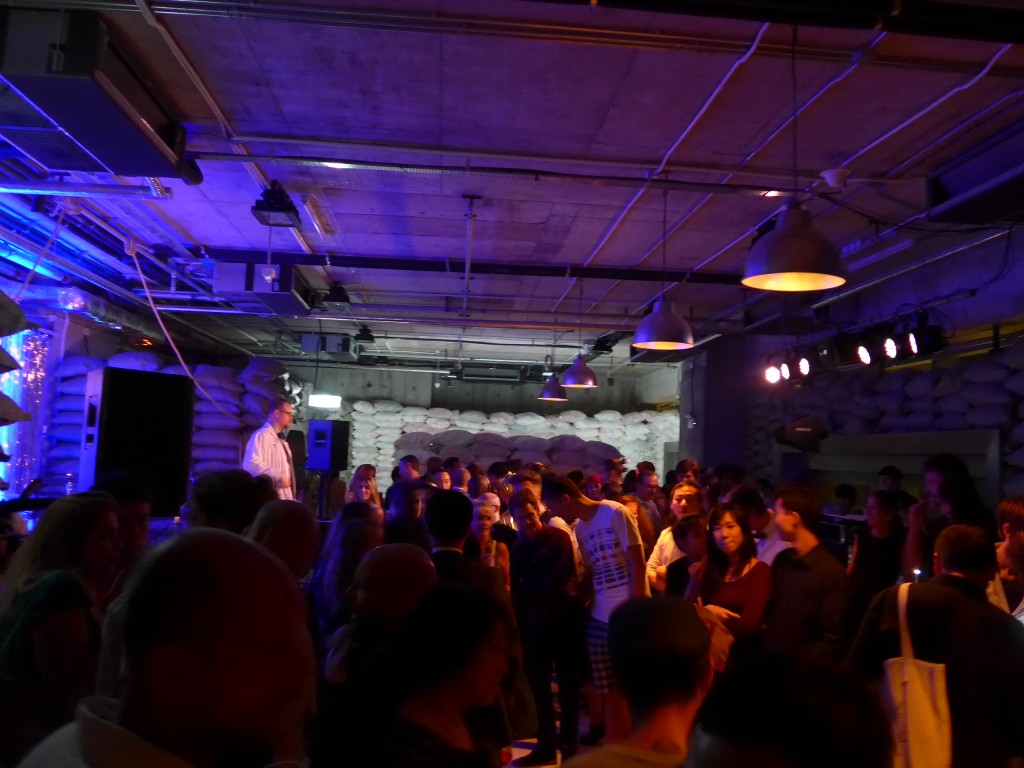 Packed with people at Absolut Apocalypse. 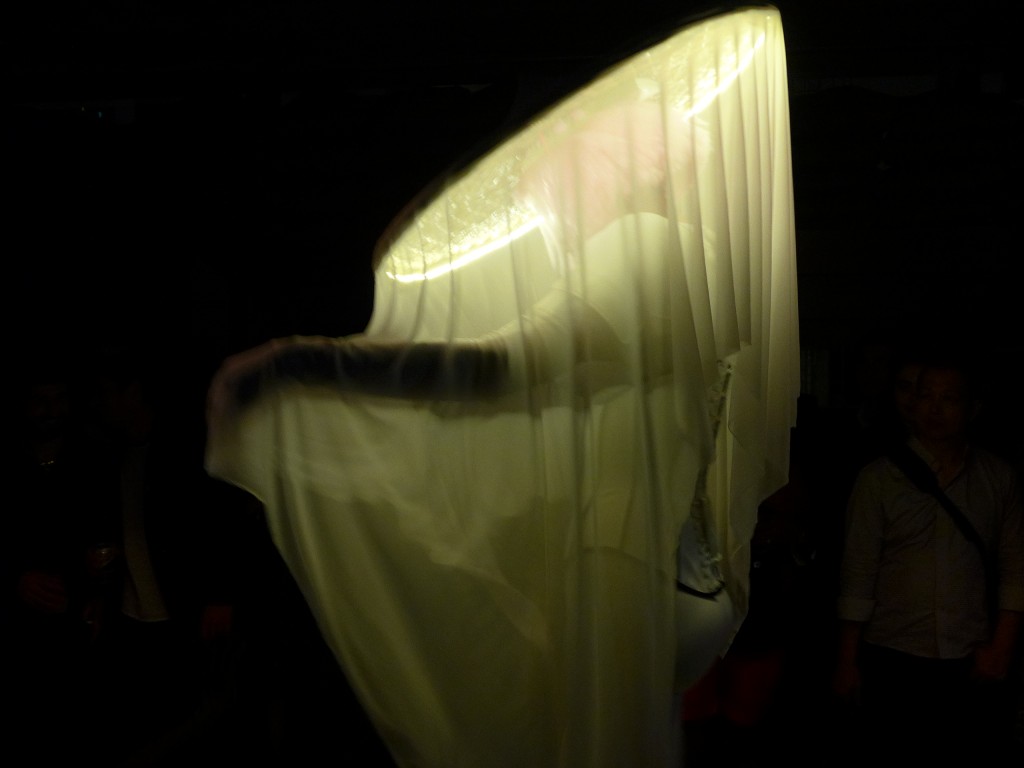 Ming Wong, emerging in a rather ghostly fashion.

Next, on Saturday night after dinner, we headed out to Chai Wan, an industrial area where Yana Peel, the CEO of Intelligence Squared Group holds her annual after party during Art Basel. What we know is this party that started out in the home she and her husband lives in has gone so big, it now takes place in Chai Wan which has also gone through some reinvention – some of the warehouses have been turned into studios by artists, photographers and designers and one can tour these workshops in the day. Hoards of people turned up for this annual party – no air-conditioning, only some standalone blow fans, but great music and simple booze selection – beer and vodka. We came by for an hour danced, drank till the heat got the better of us. 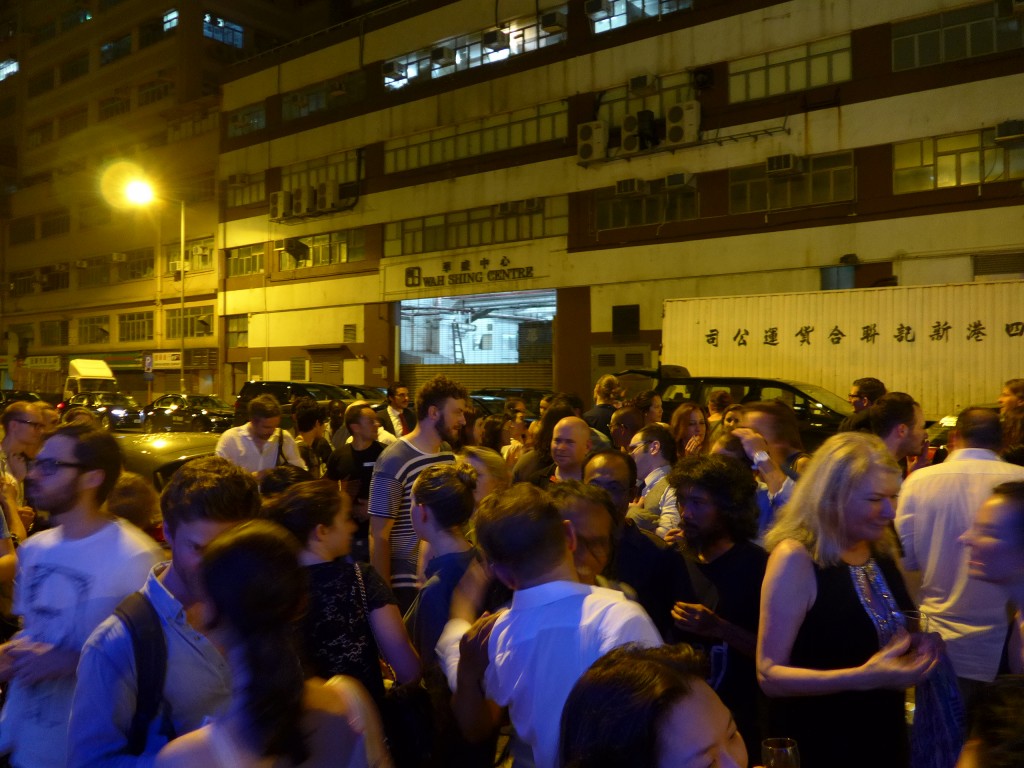 Partying to heat and loud sounds in Chai Wan, seemingly ghetto but happening.

In time for the Art Basel week was also the opening of PMQ, the former Police Married Headquarters which has become a creative hub for local design talent, as well as some dining establishments, including YW’s new restaurant Aberdeen Street Social, helmed by Michelin Star chef Jason Atherton. YW invited us to a food tasting dinner here before it’s official opening the next week. It’s got a great location in PMQ, a 2-storey space facing Hollywood Road, with balcony outdoor space on both floors. One can dine on bar bites and cocktails including its famous ‘glowing’ cocktails (just ask for the glow in the dark drink) before adjourning upstairs to the dining area. Coined as modern British fare, I definitely enjoyed the food, it was a fine balance of flavours and accessible fare without being too fussy, or trying too hard which tend to be something I found with his London eatery Pollen Street Social when it first opened. Designed by Neri and Hu, the dining room had a nice vibe and informality to it but still chic, loved especially the art installation on the ground floor bar area by Adrian Wong, although staring at it too long may draw one into a hypnotic trance perhaps. 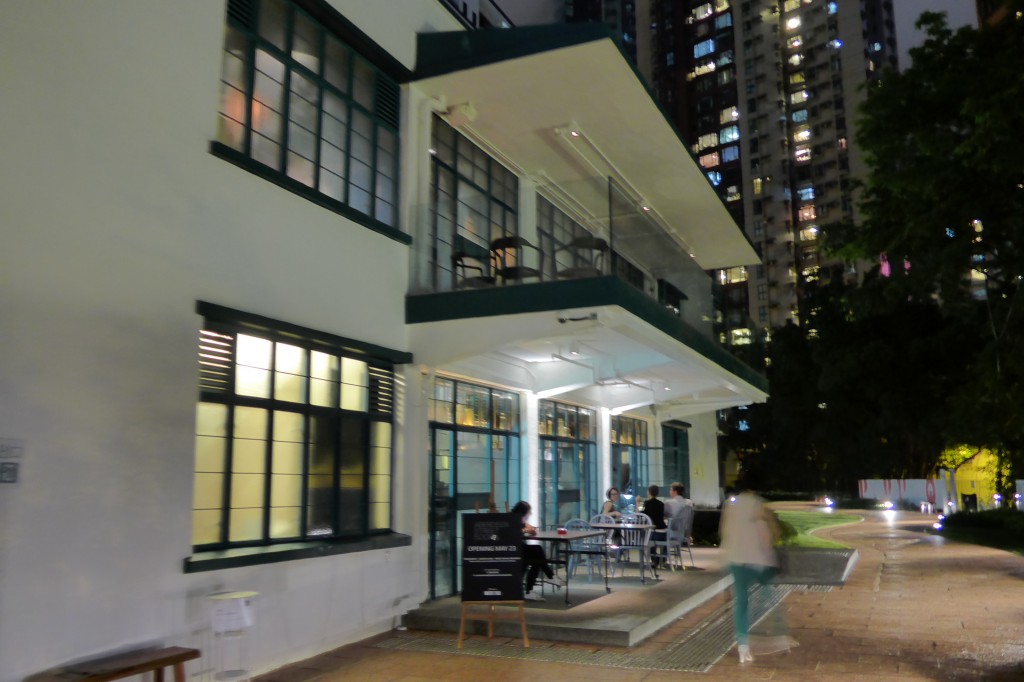 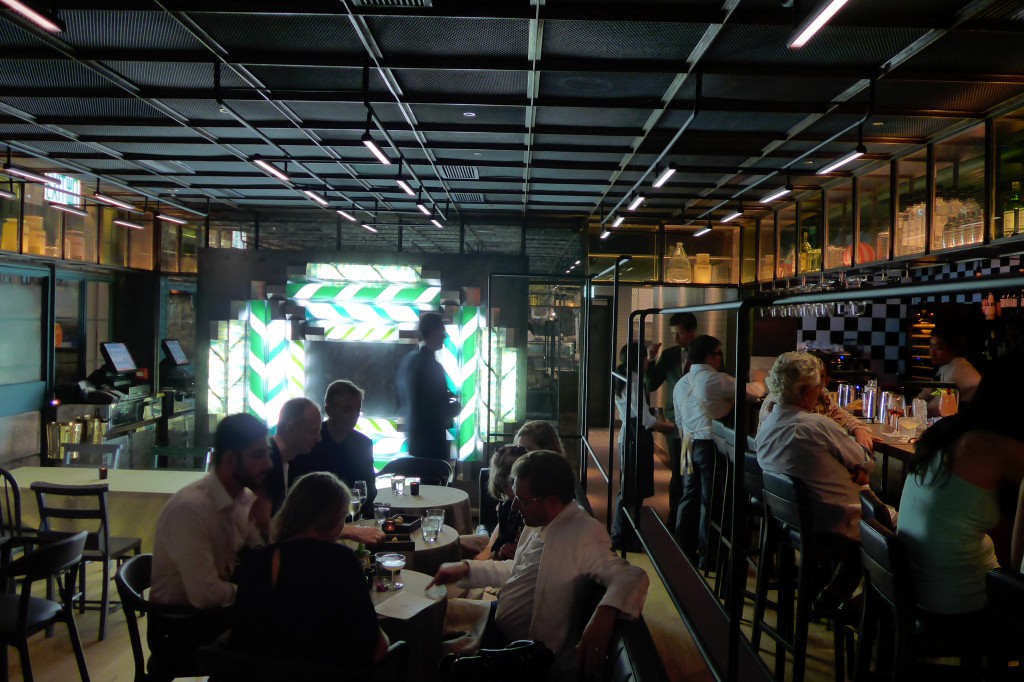 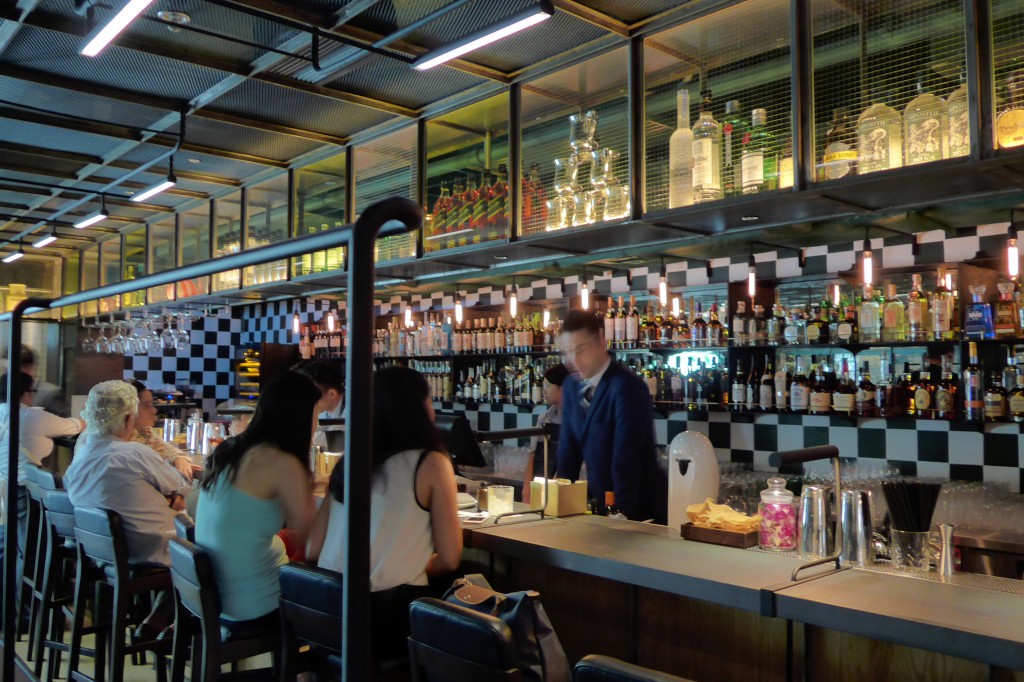 The star dishes to me were the pork chop from the main dishes and the peanut , and apple pear desserts were both fab. I had the roasted sea bream which was nicely cooked in a flavourful Bouillabaisse stock. There’s a good balance to the menu with enough balance of fish and meat dishes, which is great, as sometimes I find with some restaurants, there’s not enough selection of fishes in the main courses. Oh and they have to boast alongside Jason, Andreas Lara – pastry chef who dishes out divine desserts and baked goods – a very important highlight for a sweet tooth like me. The simple bread loaf at the start of the dinner already got us stuffing our tummies with it. And barely a month into its opening, they’ve got a Financial Times hosted event (fully sold out within hours) devised by Ferran Adria with Jason Atherton and his team creating a El-Bulli inspired 5-course menu that just happened earlier this June. Not being biased, but this is another great restaurant to add to Hong Kong’s dining scene. 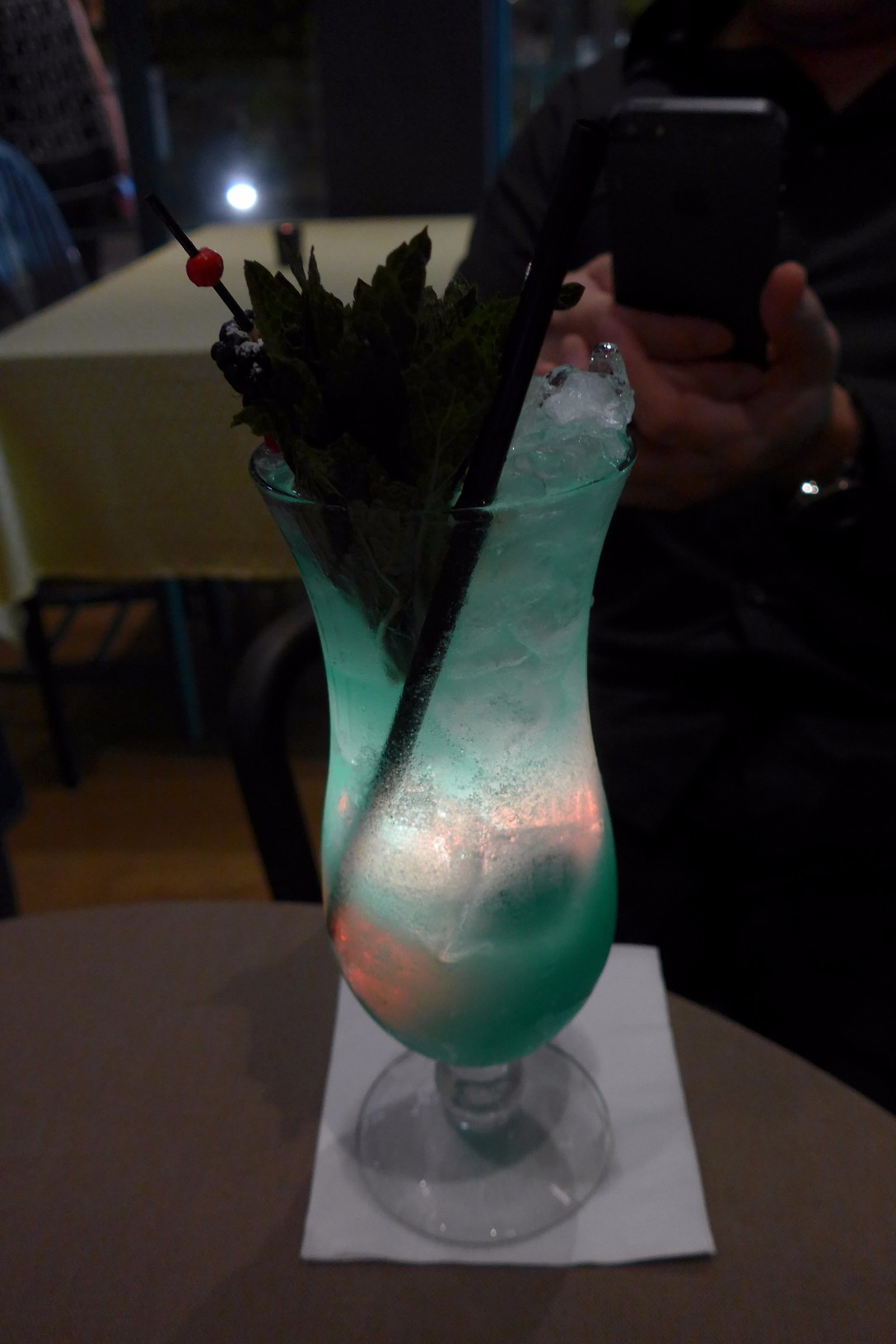 Glow in the dark cocktail 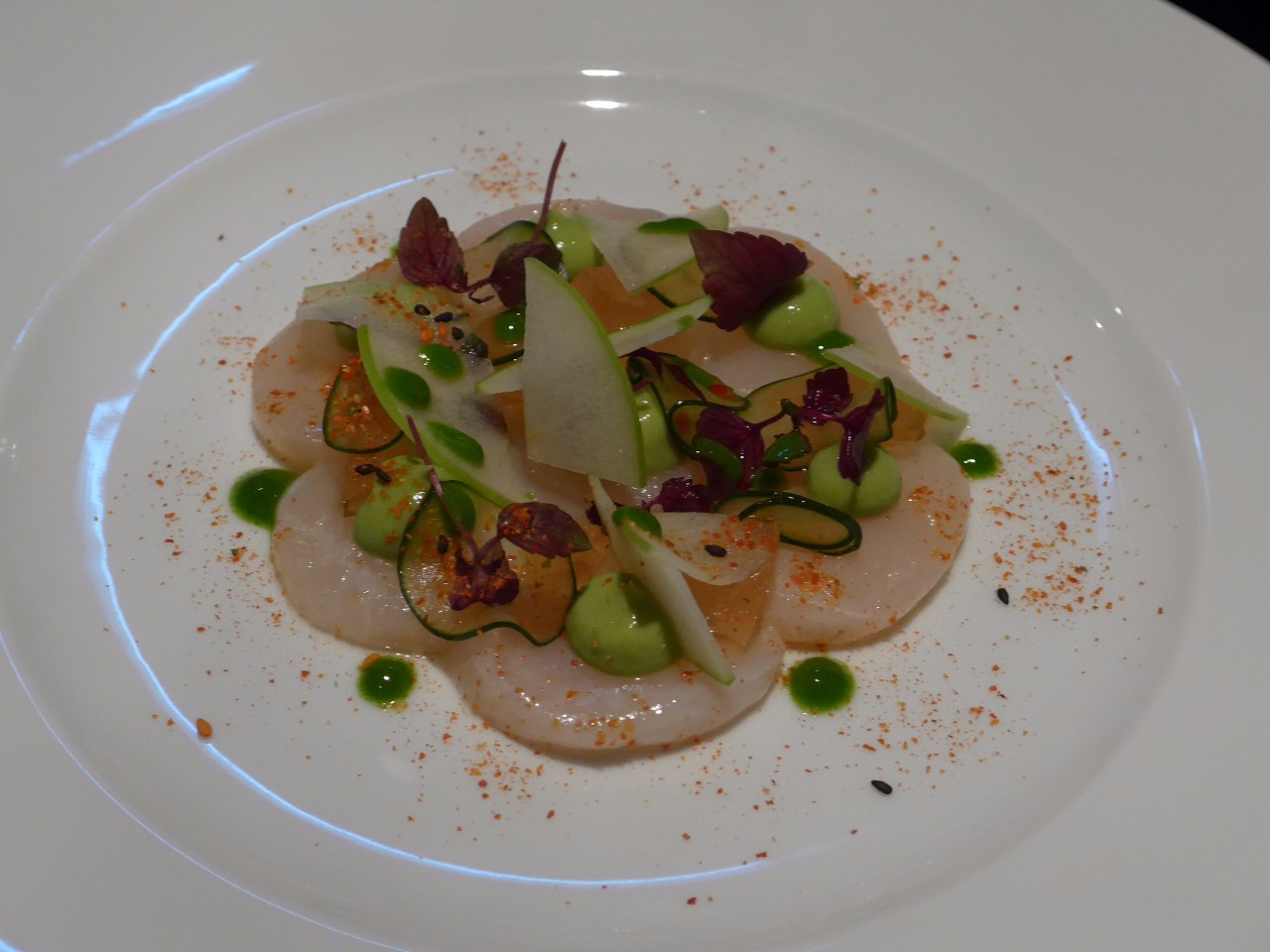 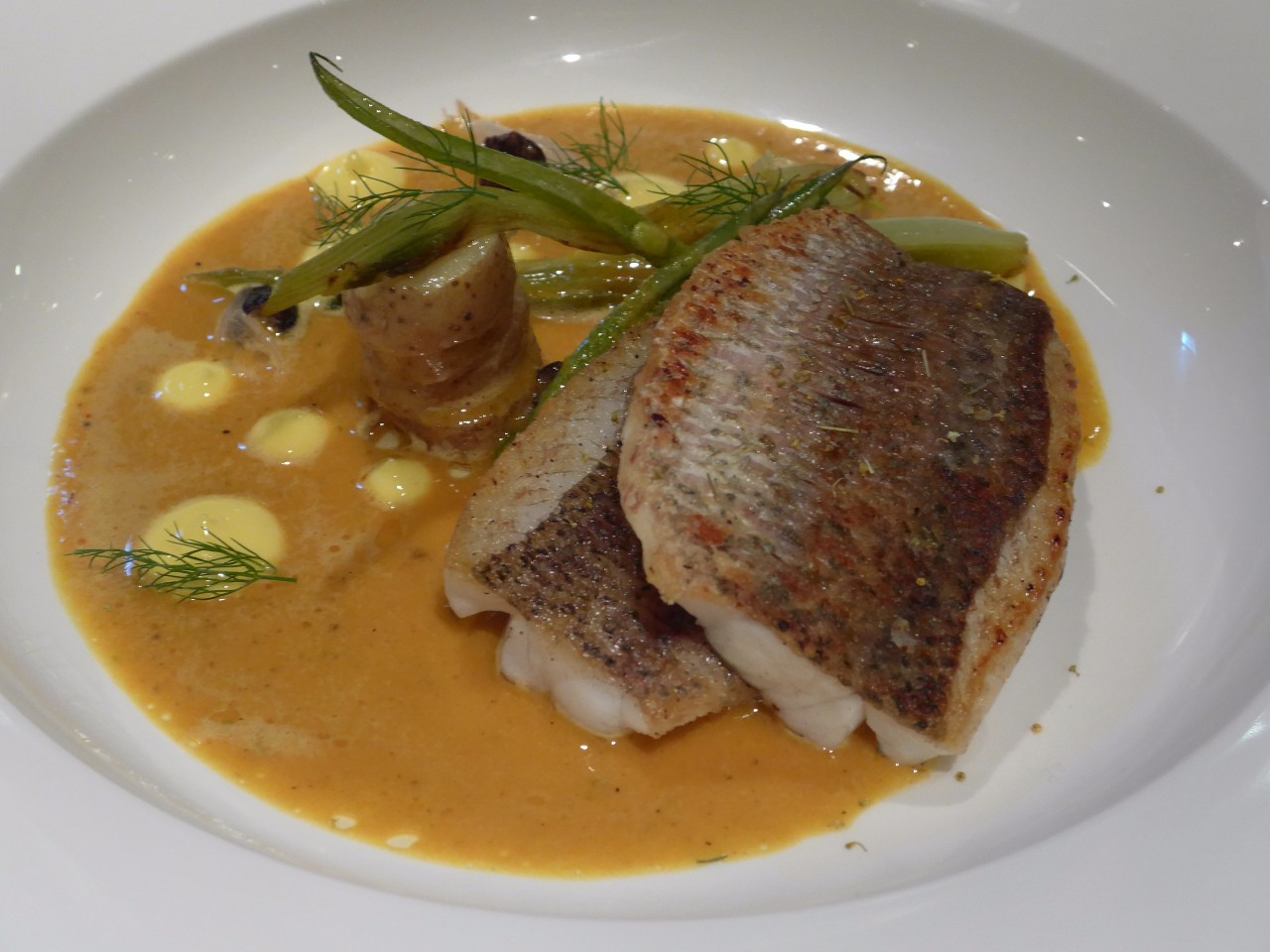 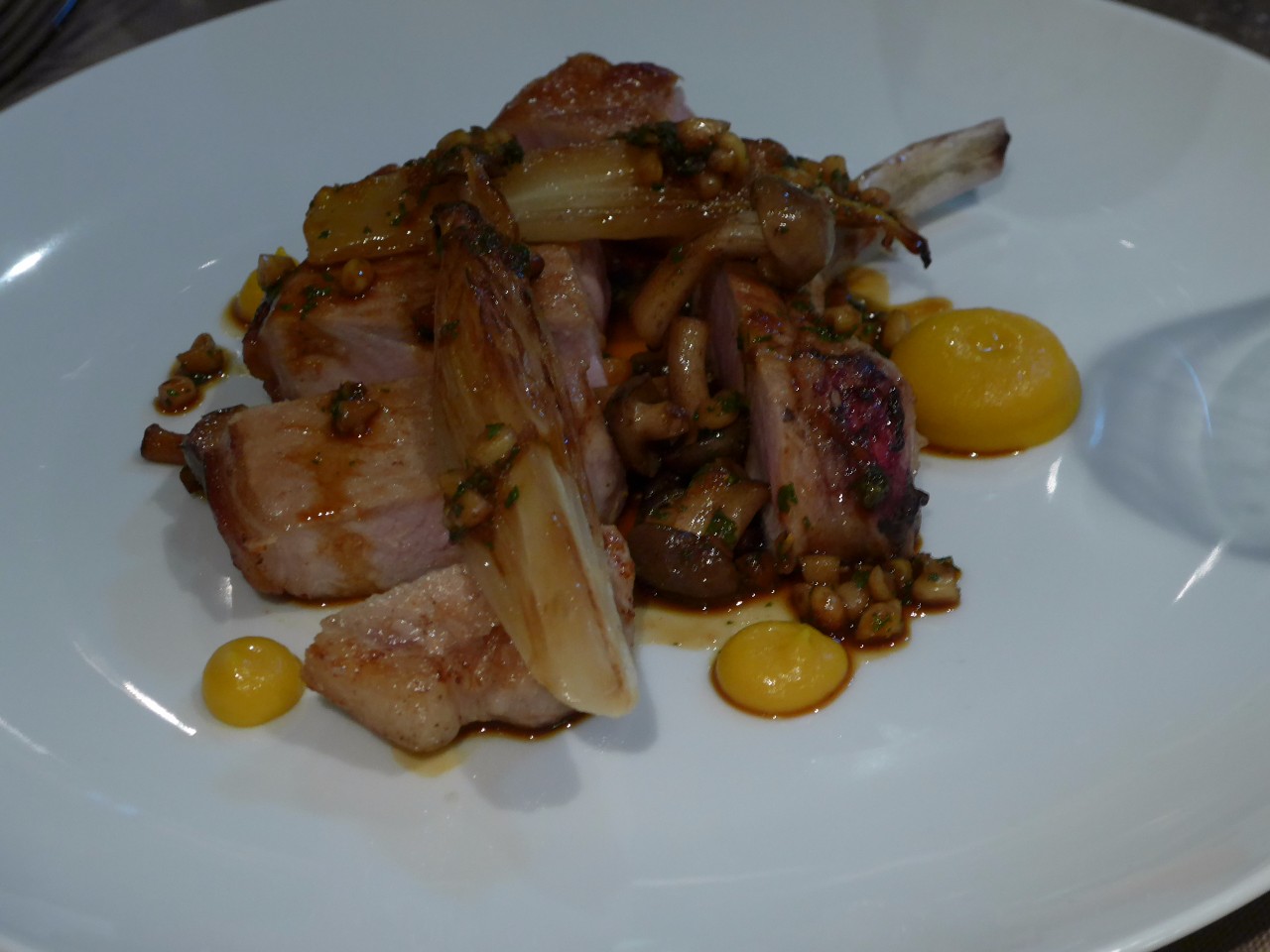 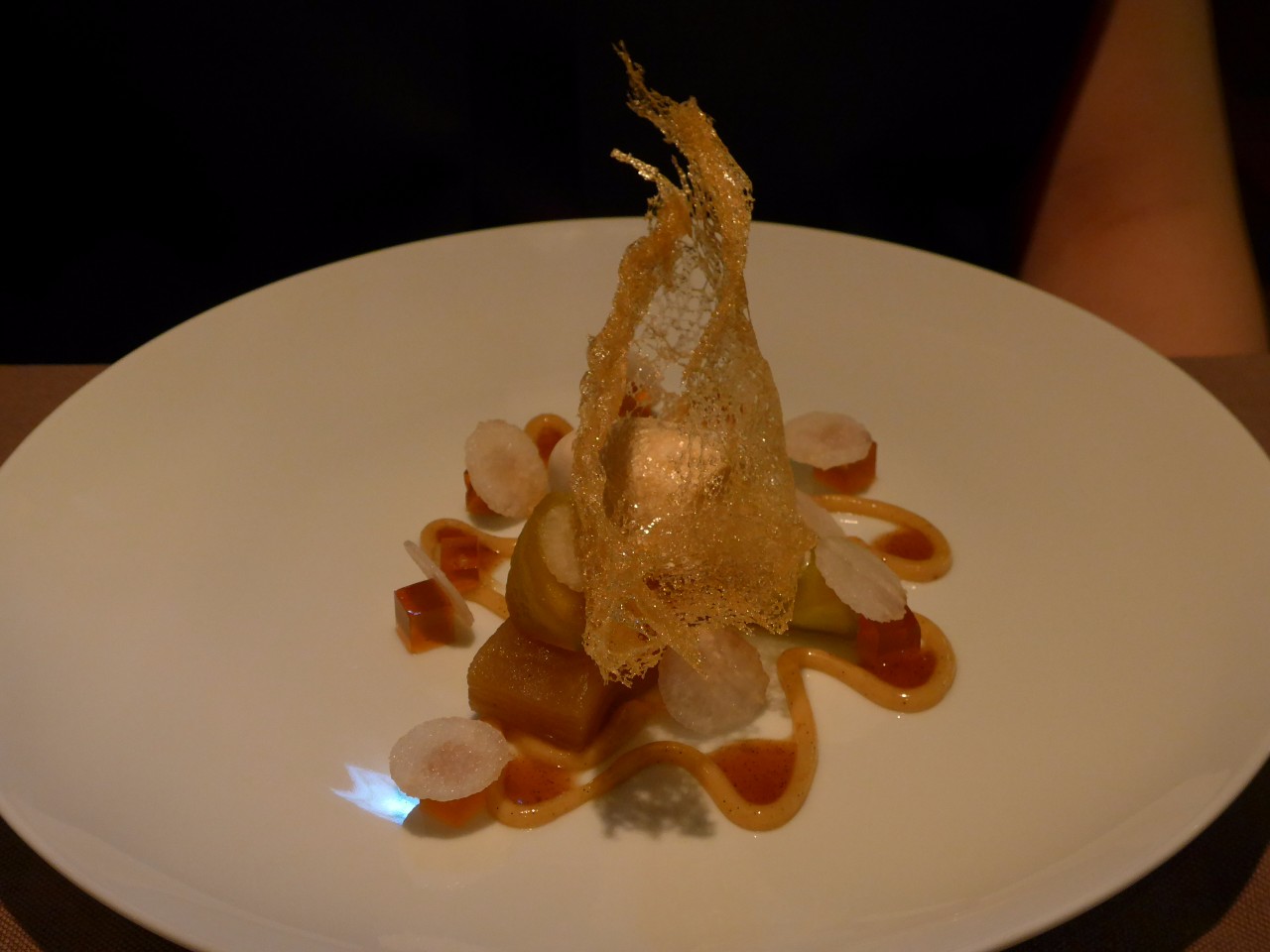 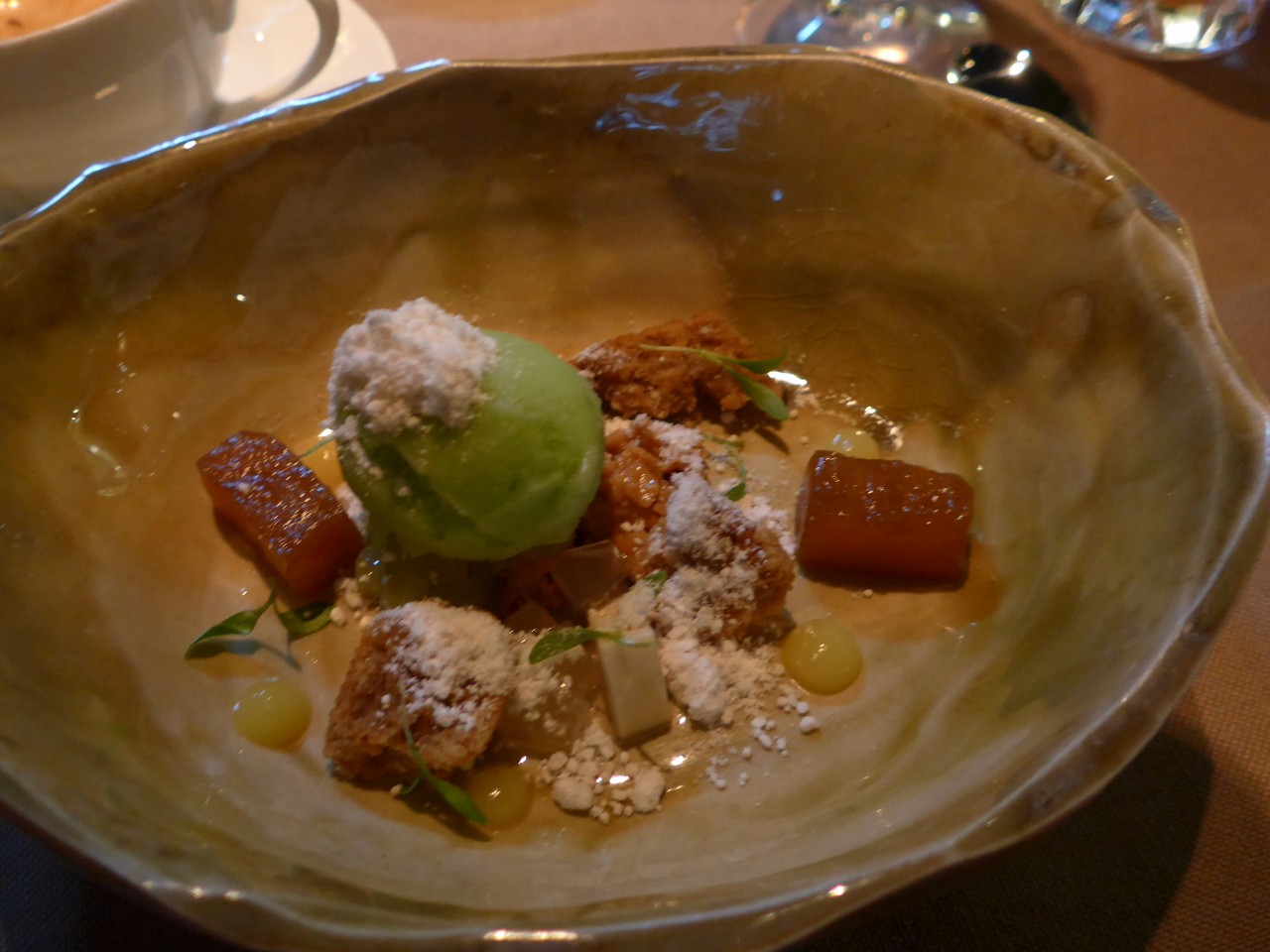 And so amidst tons of walking and many meals later in this fast paced city, that ended my quick getaway trip. Overall Art Basel Hong Kong is exciting and interesting, and makes a compelling place to visit from Singapore over that week just for curious ‘window shoppers’ like me and Y to just soak in the atmosphere and see what’s out there. 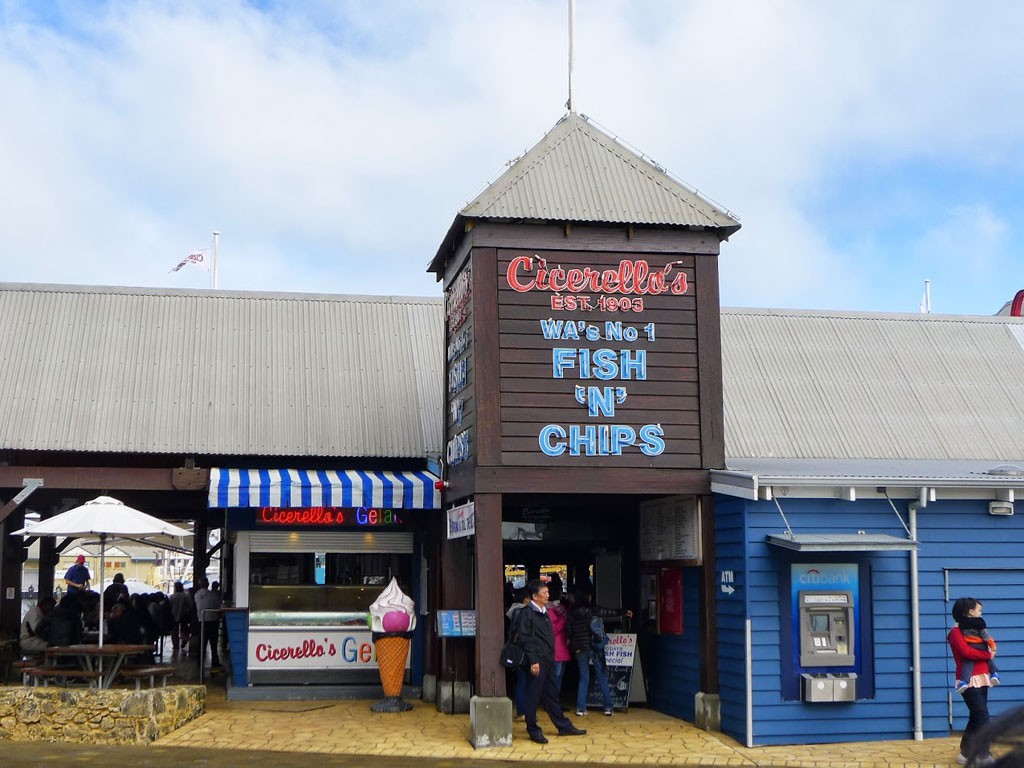 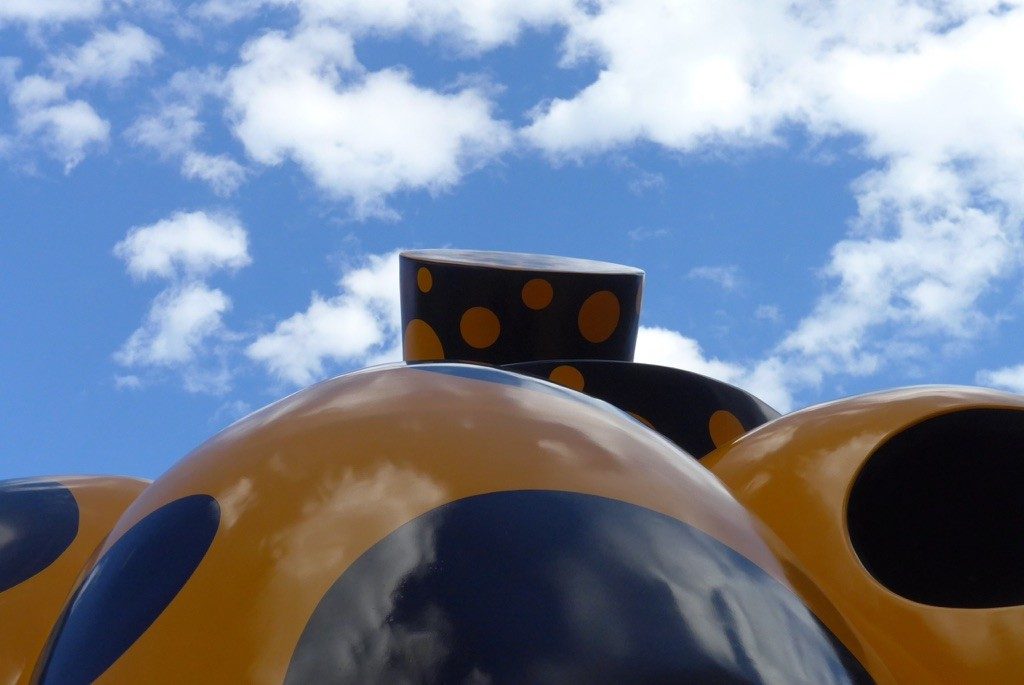 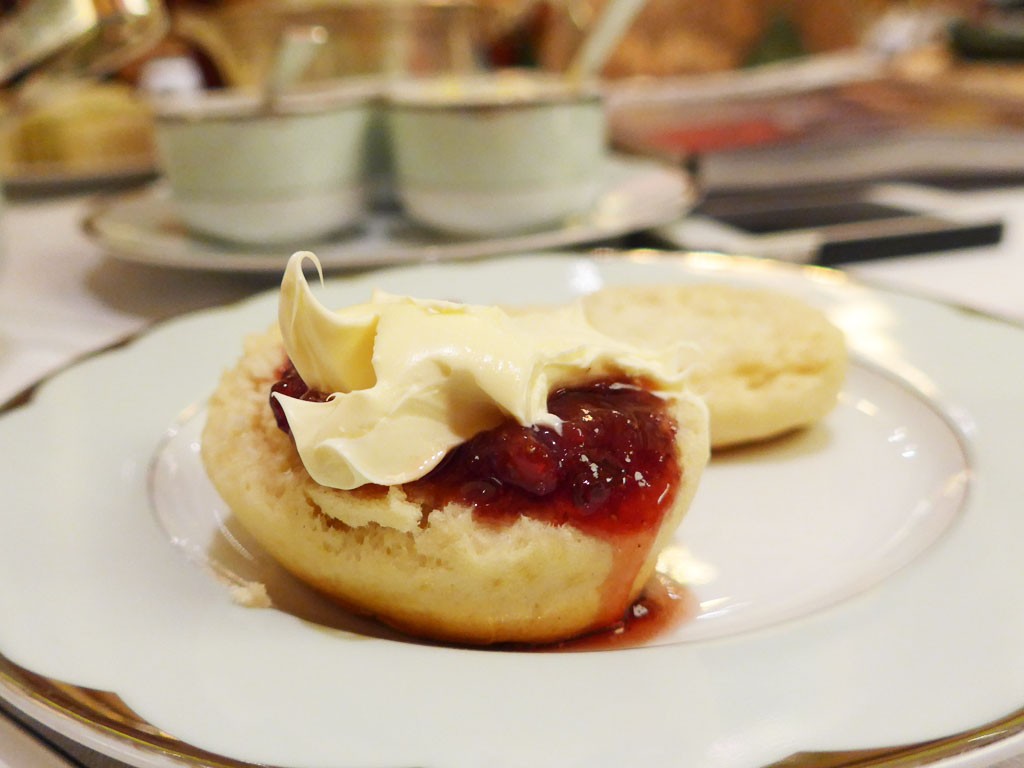