This is probably the only post that I have done to date that has no photos, as no photos are allowed in Sushi Hashiguchi Tokyo, a tiny sushi bar in Asakasa run by Chef Hashiguchi which sits around 6 people, that’s all. Known to be anti-establishment, he has no Michelin Stars, refusing them, but clearly the sushi is definitely of Michelin grade. We came to this restaurant after bestie – YW had dined here and said it was worth trying. I researched it online and found that it was rated No.2 on the Japanese foodie website “Tablog” in the list of 30 top sushi restaurants as compiled on Mesubim’s site.

There seemed to be only Chef Hashiguchi at the counter and the lady that greeted us at the front door in the whole establishment. This was the first thing I noticed different from the other Michelin sushi restaurants I have been to who usually have the apprentice, sous chefs assisting, or at least they are seen.  I loved how pristine the counter looked, made with Hinoki wood counter from Kyoto, from one single tree. There were 3 gentlemen that was eating there probably after their work, and close to finishing up their meal, when we entered.

Since we could not take photos, I resorted to getting R to draw and sketch what we ate, since Y and I aren’t exactly so good at drawing. Chef Hashiguchi was quite amused looking at us drawing the sushi on some crappy piece of paper with our Pilot pen found in Y’s handbag, it sure did not do justice to what was served to us. The lady server quickly placed a clipboard below our paper, just in case our Pilot pen left blue ink marks on the precious counter, that will be awful!

At this point, he nodded apologetically at having no photos of food or himself taken, and politely refusing an autograph when we joked if he could sign the paper of sketches after we were done. He does omakase here (meaning it’s up to the Chef) but asked us what we preferred – sushi only or both sashimi and sushi, and we told him we preferred to do both sushi and sashimi. He also asked us if there was anything we didn’t eat, and we said everything was good, yes am sure he could see our greedy faces.

There were some unforgettable ones such as the Ebi served in 3 parts, it was amazing how the head could taste so sweet. I personally loved the marinated tuna plus the Sardine sushi and Tamago sushi, which yes Y and I had second helpings (see below for more descriptions in the glossary of what we ate). Through the meal, although he didn’t speak much, it was a pleasant conversation, and we learnt some interesting things. For instance, we learnt that Tuna (Toro) is not so good during the spring and summer but better in autumn seasons. Also for my favourite sea urchin (Uni), he only sources them from Kyushu during the autumn season while uni from Hokkaido is sourced during the other 3 seasons due to the taste and quality then. I particularly remember him slapping the Kobashira (round clam) on the sushi, and it MOVED! He smiled and said “very fresh”. Talk about ‘dancing sushi’!  We had to ask Chef which was his favourite items as well, I have indicated next to the items as “CHEF’S FAVOURITE”.

Recap of what we ate below and the drawings represent (Yes these were done by R with a good ol’ Pilot pen):

After this he asked us if we were ready to move onto sushi, and we said YES! He then took a seaweed and wrapped the remains of the garnishings that were served on our individual plate earlier and asked us to eat it like a handroll. 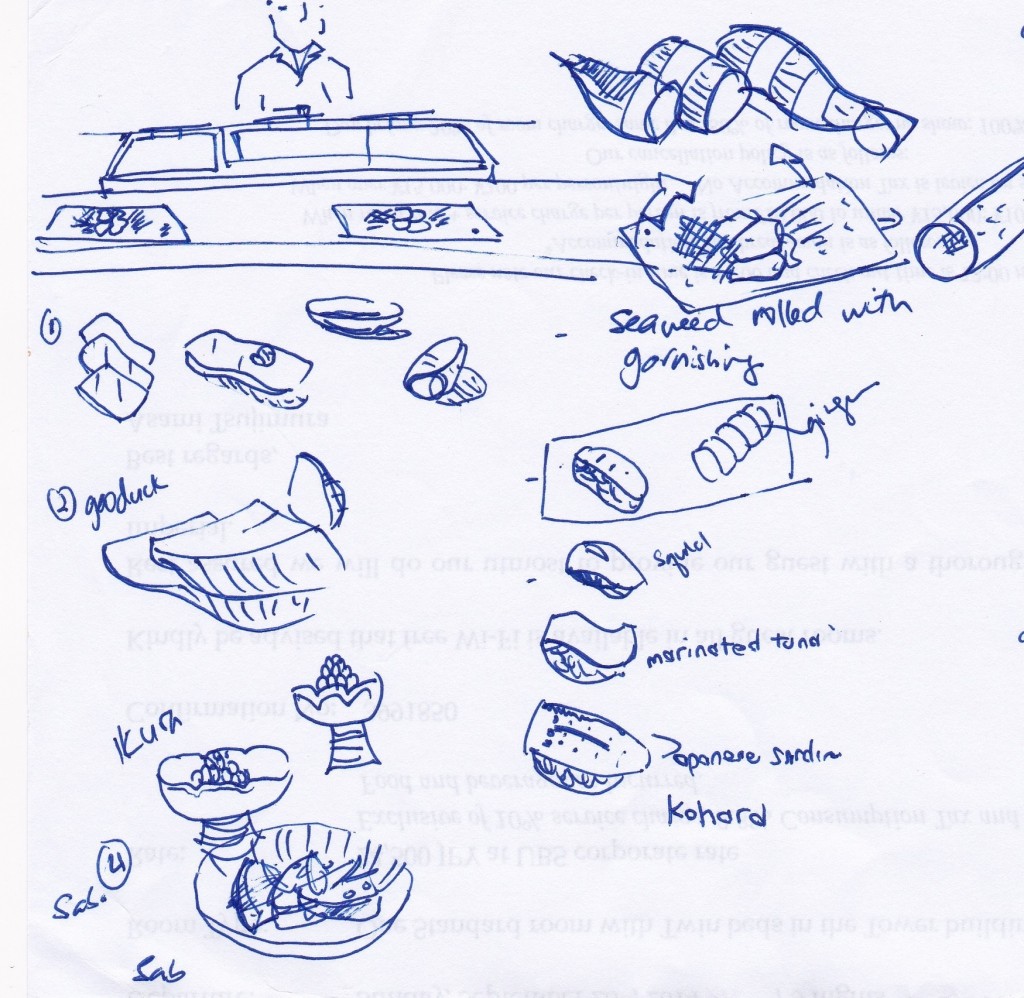 Drawing of Chef Hashiguchi, and the sashimi and sushi.

After the above courses finished, he asked us if we wanted to have anything else as a repeat, and of course we did ha ha!

* We noted how there were 3 types of soya sauce he used when preparing the sushi, ranging from a lighter one to slightly thicker one, and he used it depending on the type of fish. 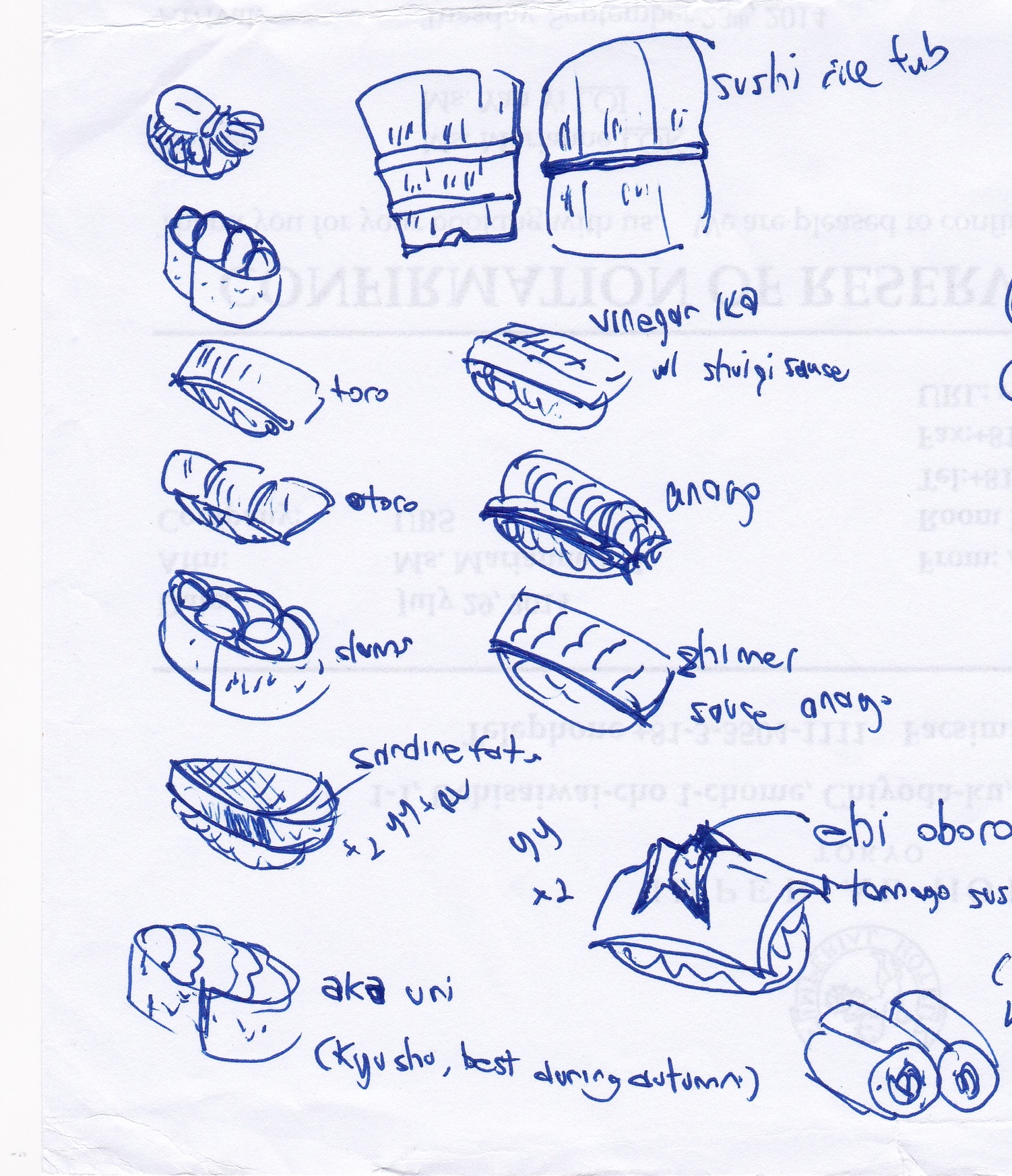 Sushi drawing continues, my favourite was the sardine and tamago!

I felt the sushi here was quite pure and I like his use of the marinade, vinegar applications which brought out the flavours in the fish. Honestly, it’s hard to say which sushi restaurant amongst the top ones in Tokyo are the best, as everyone has obviously reach a level in their craft, but I would say this is worth checking out if you haven’t been to it yet. 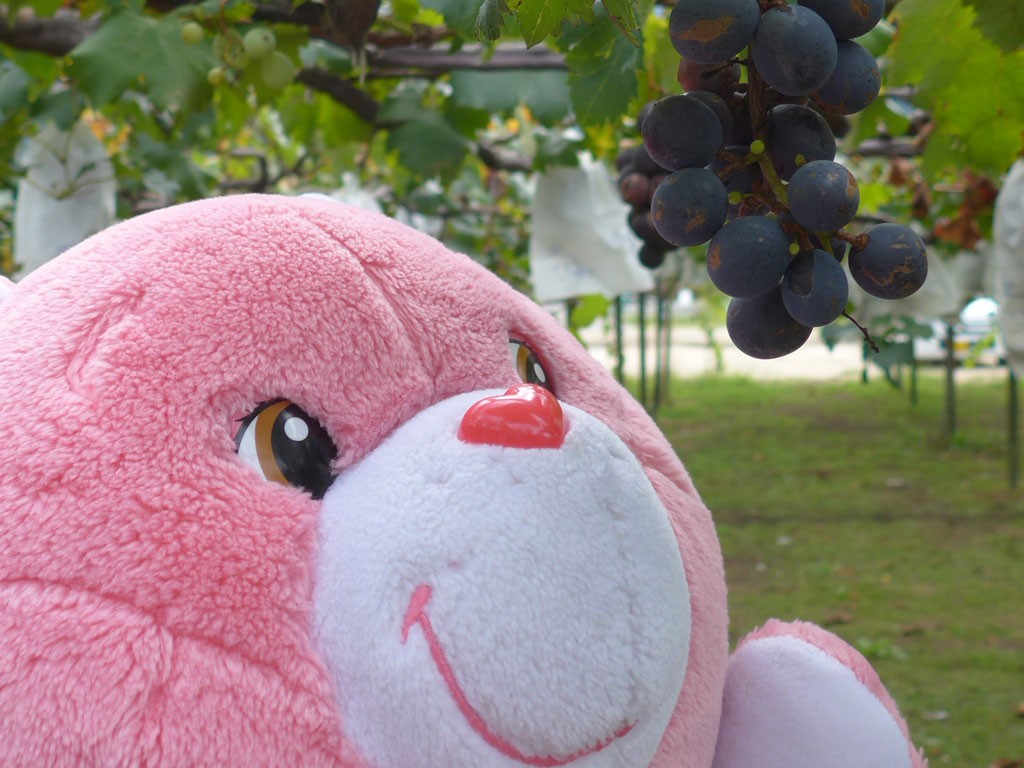 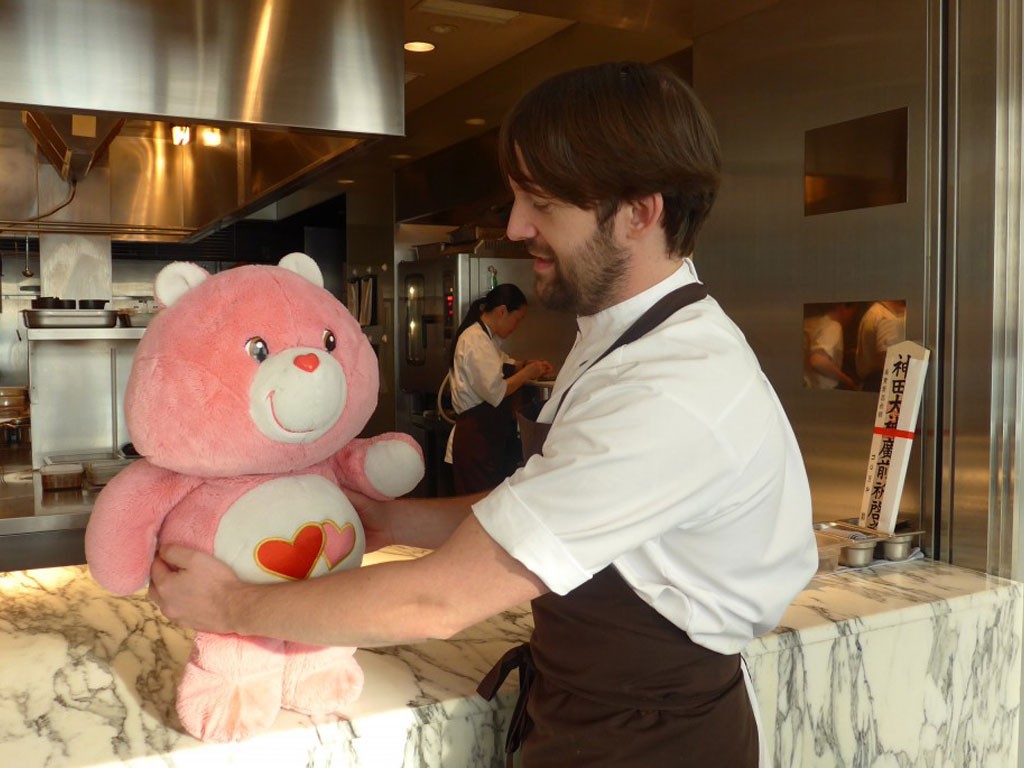 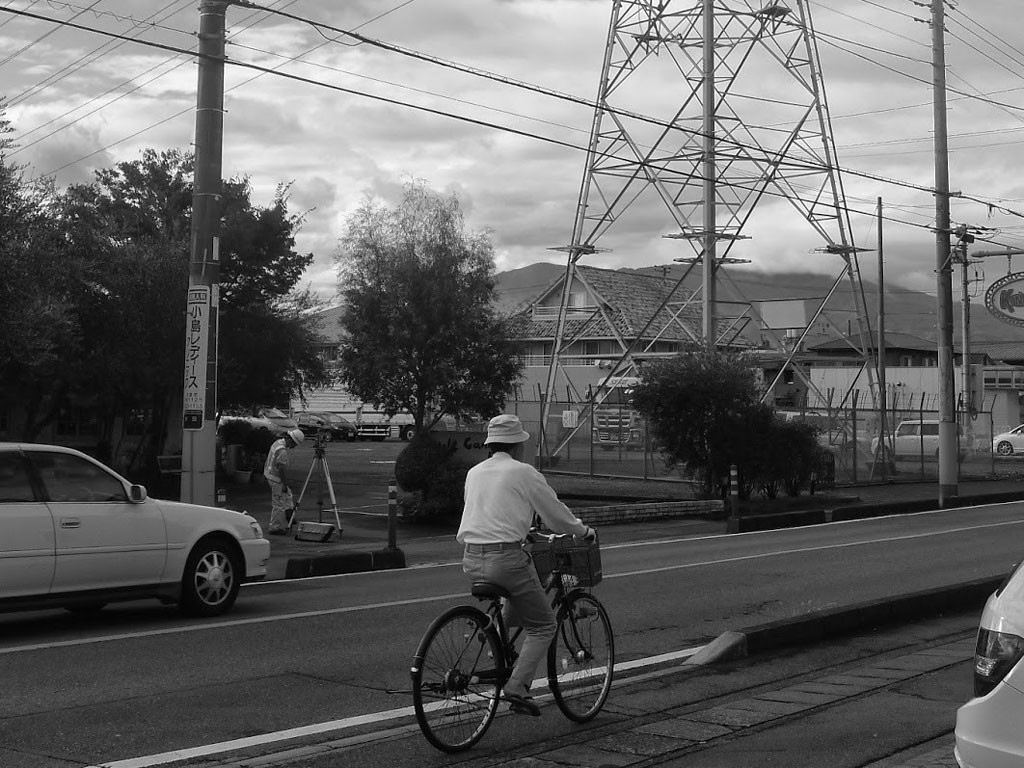